Philadelphia Public School teachers strike, refusing to do in-person classes until schools are safe from COVID-19

On a bitterly cold Monday morning, dozens of teachers and many of Philadelphia’s most prominent elected officials gathered outside of Samuel Gompers Elementary School in solidarity with striking teachers. Philadelphia educators are on strike in response to the the School District of Philadelphia’s plan for pre-K through second grade teachers to report to school today in an attempt to begin in-school teaching later this month.

Members of the teachers union are calling for a cohesive vaccination plan, proper ventilation, and an adequate learning environment to ensure the safety of students and teachers alike. 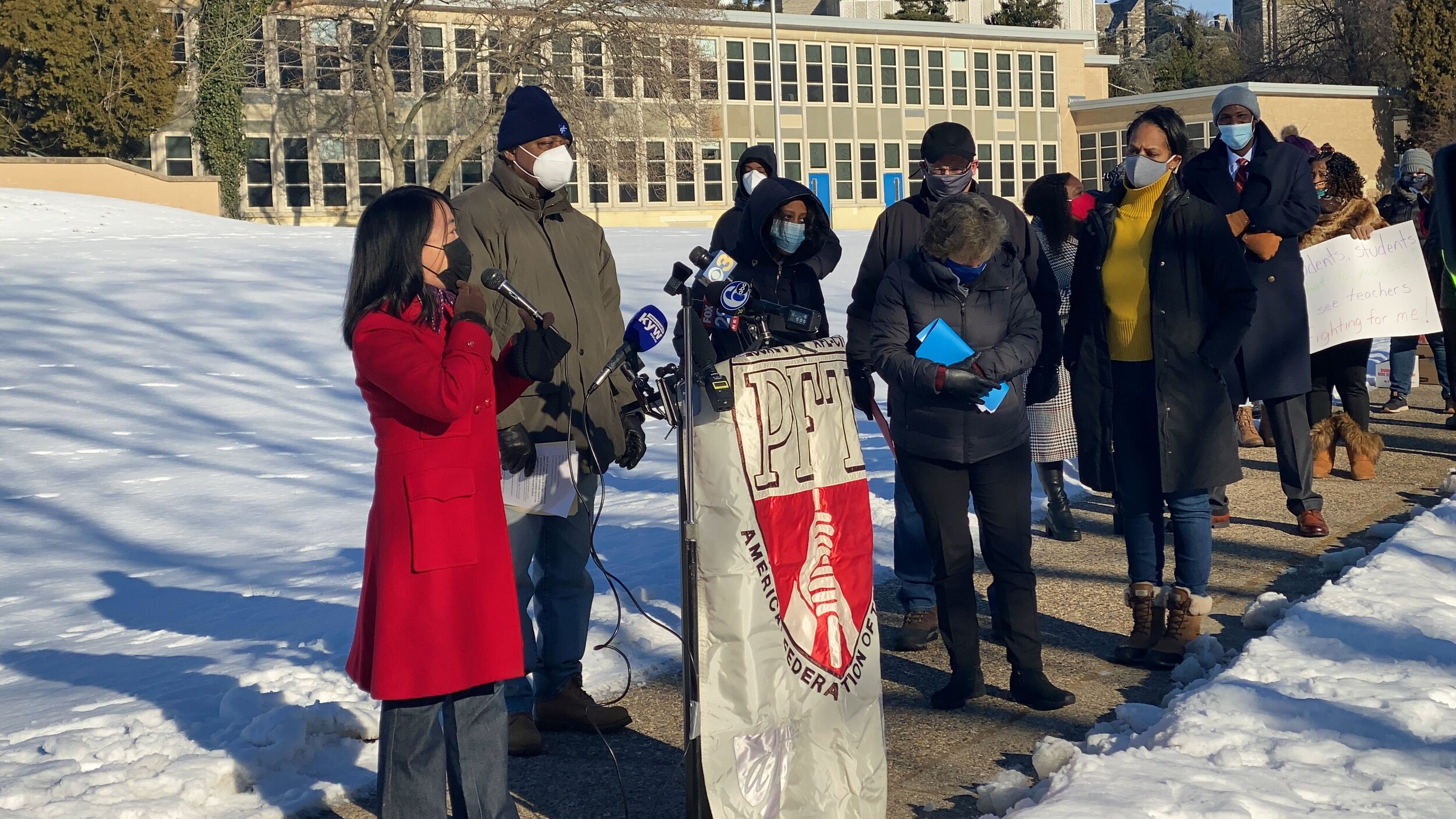 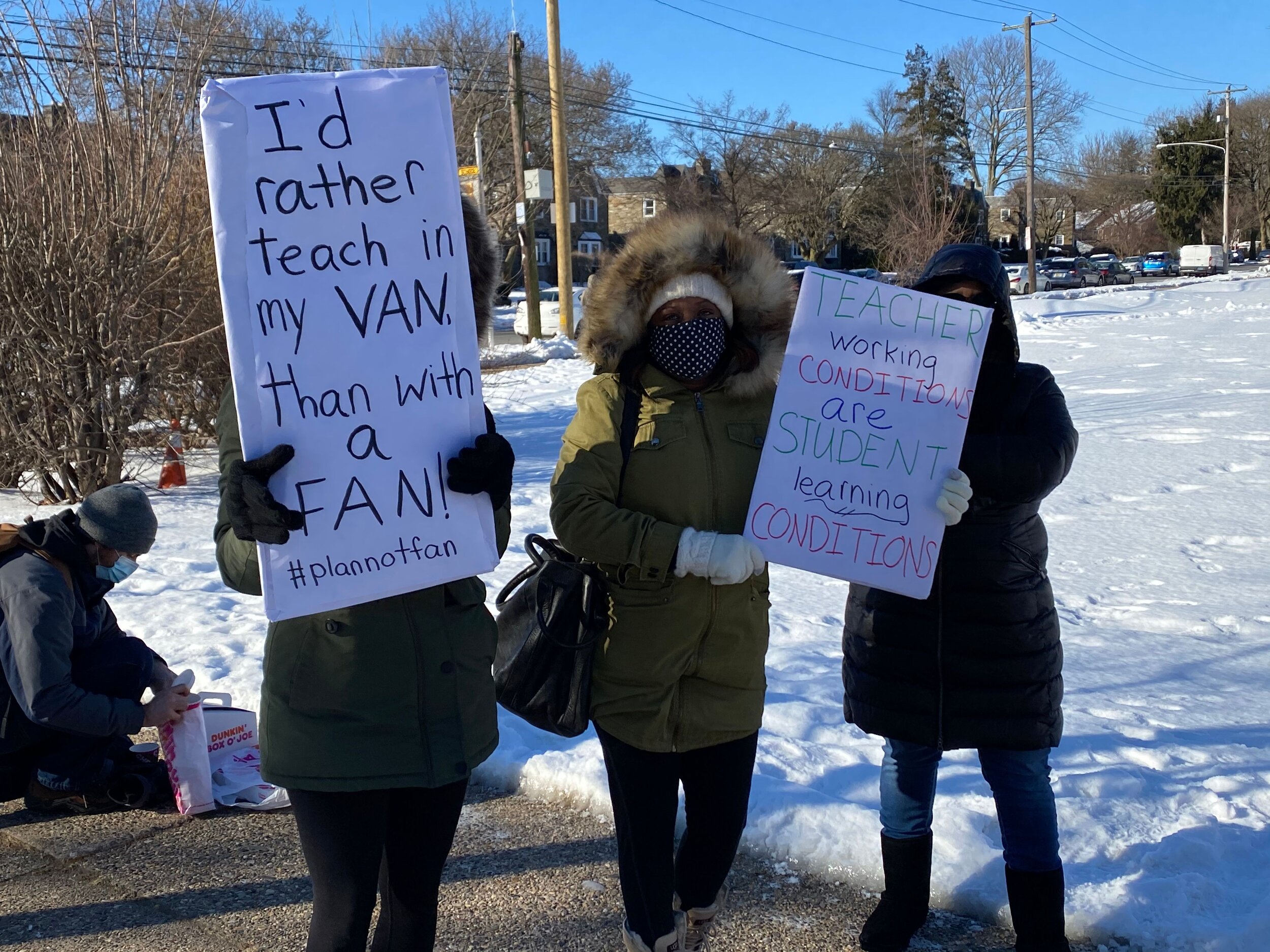 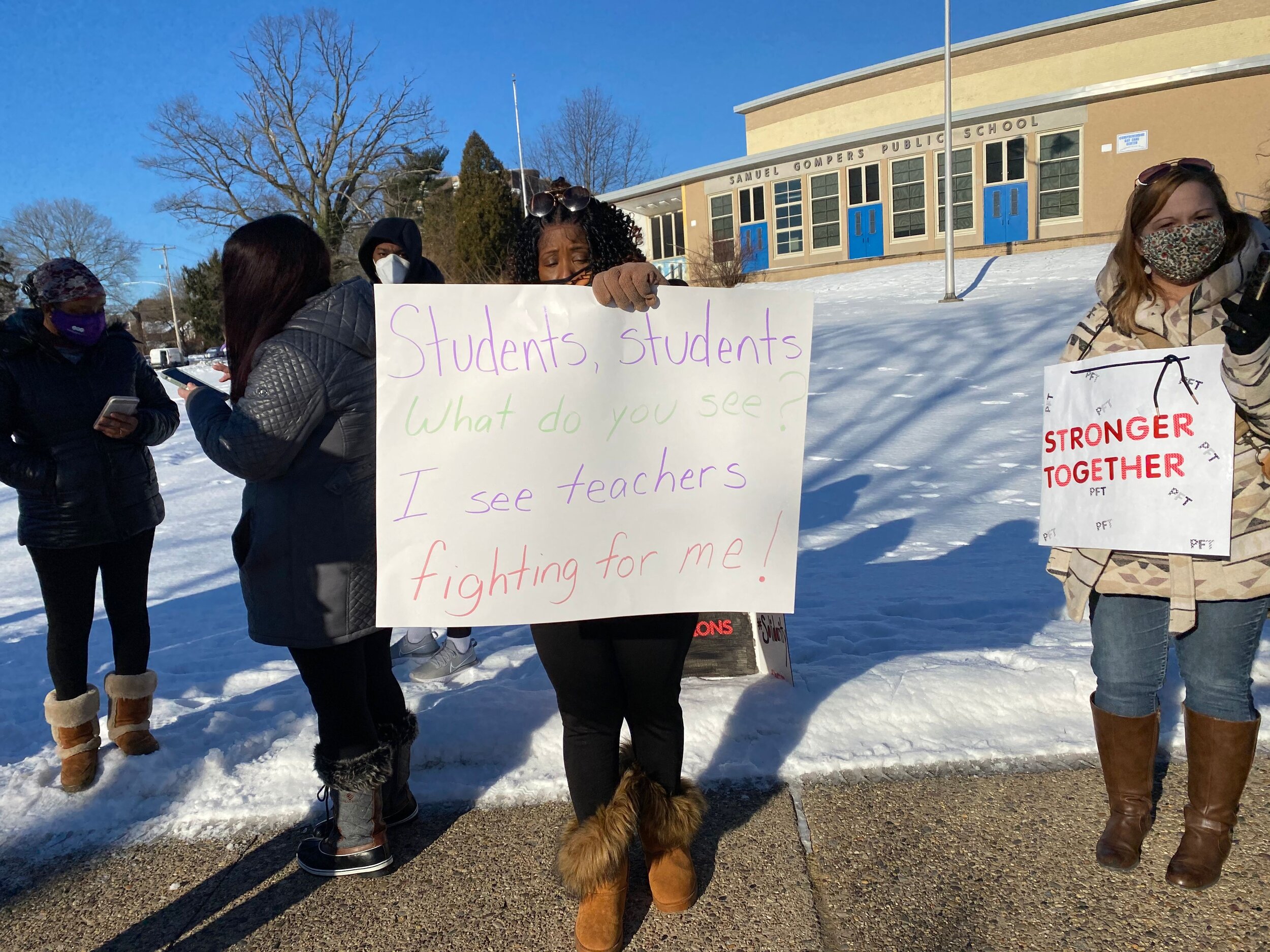 Philadelphia’s COVID-19 cases are declining after experiencing a spike in November and December. For context, COVID-19 is still spreading four times as fast as it was in May 2020.

Surrounded by state senators, city councilmembers, and teachers who don’t believe that Philadelphia public schools are safe from COVID-19, Randi Weingarten, President of the American Federation of Teachers, expressed concern. “Teachers and kids deserve safety and we deserve schools that are open and safe. If other cities can do this, then this city can do this,” shouted Weingarten.

Many speakers and signs mocked the fan units that have been installed in a variety of schools to aid ventilation. “I’d rather teach in my van than with a fan,” read one teacher’s sign. “I thought these fans were from SNL … I honestly thought it was a parody,” exclaimed Weingarten. “Even the manufacturer says not to use them this way.”

Elected officials, including City Councilmembers Helen Gym, Kendra Brooks and Derek Green; as well as State Senators Sharif Street and Vincent Hughes spoke about the importance of vaccinating school faculty. “There is no reason that with all of the different folks getting vaccinated, that we’re not prioritizing the vaccination of teachers,” said Senator Street.

Hours after the strike began, Mayor Jim Kenney released a statement announcing  “a new school COVID-19 vaccination program intended to inoculate teachers, principals and staff at all schools in Philadelphia.” The program is in cooperation with the Children’s Hospital of Philadelphia.

“I only have four kids who opted to come in person, out of thirty. So I’d still have to do online learning for the other… kids,” explains Samuel Gompers teacher Tracy Davis. Davis highlighted specific issues that Gompers has, noting the presence of asbestos and mold. “The building is not safe,” said Davis.