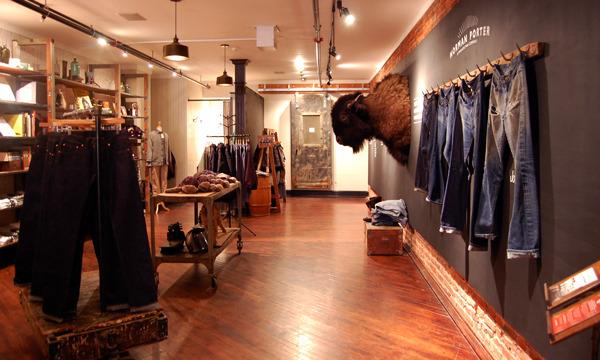 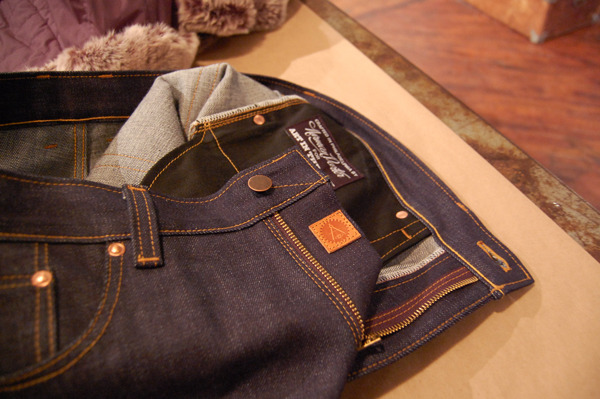 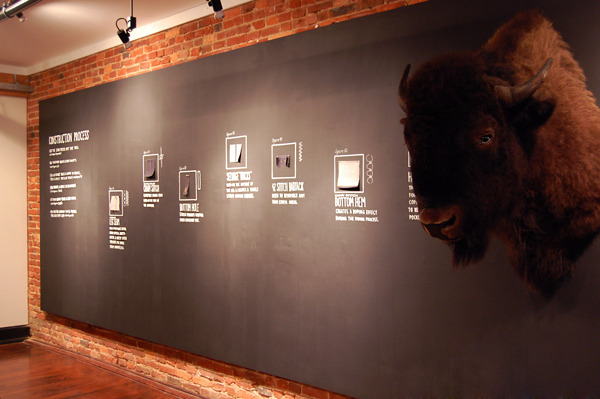 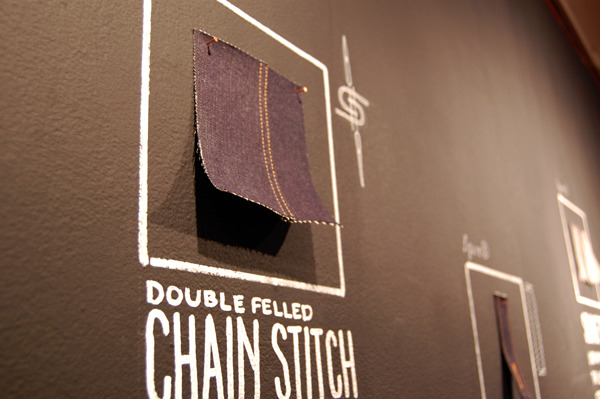 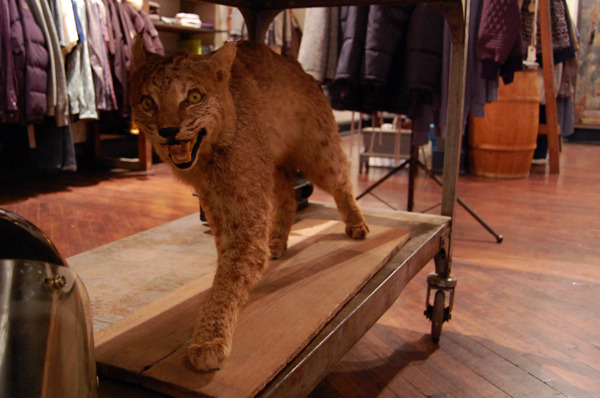 Art in the Age—creaters of Pennsylvania-inspired spirits like Root, Snap and Rhuby—have launched yet another local collaboration. This time they’ve teamed up with Norman Porter, a Fishtown-based denim and leather goods maker, for a special exhibit and limited edition denim series.

The exhibit, on display at Art in the Age, features the Norman Porter denim and leather crafting process, and includes examples of their attention to detail denim finishings. Their two mascots—a buffalo head and taxidermied bobcat—are also on display.

Like all Norman Porter jeans, the limited edition line is made from 100 percent cotton, raw denim that hasn’t been treated. All detailing and rivets are done by hand. The jeans retail for $200 in-store, or $250 on the Norman Porter website.

Sorry ladies, they’re only making men’s jeans for now, but rumor has it they’re branching out into women’s styles soon. In the meantime, check out their leather wallets and totes made from recclaimed U.S. Postal Service parcel bags.

Clearing the Air: How to fight household odors without toxic chemicals