Believing is Art: A would-be architect sketches a surprising business 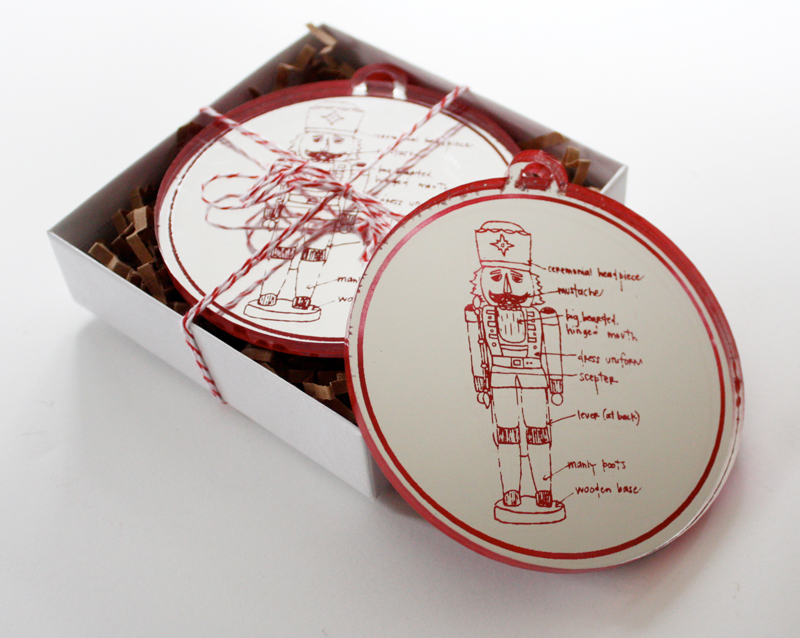 Holiday ornaments featuring an annotated diagram of a nutrcracker. $14 eachWhen Sara Selepouchin was younger, her parents had a strict policy about attending art school. “They told me if I went to school for art, they would break my fingers,” she says, jokingly. “Both of my parents went to school for art and neither one works in the art field now.”

Duly warned, Selepouchin began a career in architecture, but her mind wandered. Inspired by years of making mechanical drawings, she started creating annotated diagrams of everyday objects. Selepouchin learned to screen print and put her designs on fabric scraps from friends and abandoned upholstery materials (turned into zip pouches) that otherwise would’ve gone to the landfill. Her first annotated designs were of a turntable, a sewing machine, a camera and kitchen utensils. 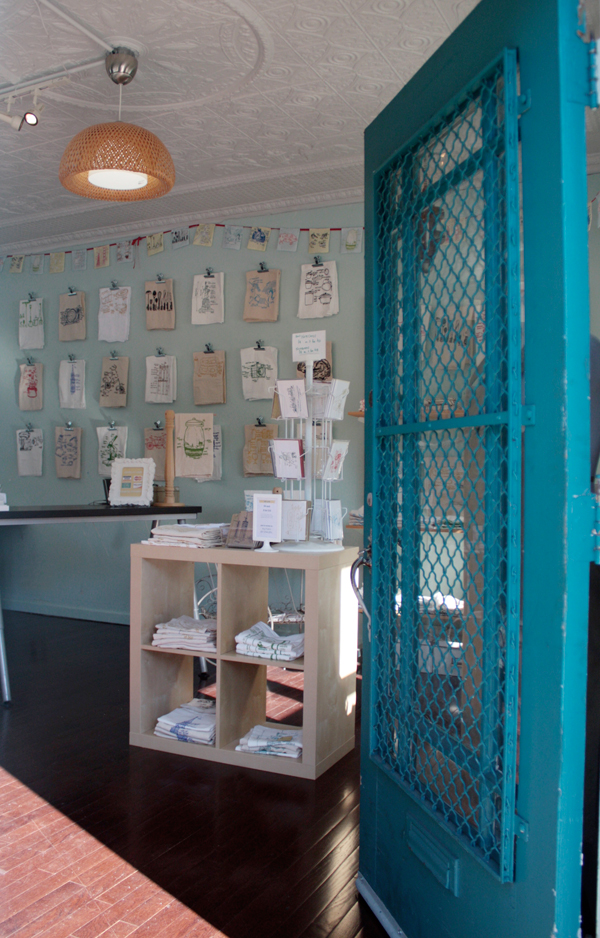 Eventually Selepouchin started printing her diagrams on house wares, such as cloth napkins and tea towels, and what began as a much-needed creative outlet turned into a new art-oriented career. In 2005, she opened Girls Can Tell as an Etsy store—an online marketplace for artisans—and not long after, she quit architecture altogether to take a job as Etsy’s Teams Coordinator.

Selepouchin left Etsy in December 2008 to pursue Girls Can Tell fulltime, and last year she opened a retail outlet in South Philadelphia. Her products include recycled cotton lunch bags, domestically made floursack tea towels, and coasters from local, industrial felt. Anthropolgie now buys her products wholesale, and they’re also sold in more than 100 stores across the country, as well as a few in Europe and one in Australia.

As for her parents, Selepouchin says they’re very supportive of her business. “Like most artists, I’m so fortunate to have had the internet at the most valuable tool in growing my business,” she says. “I think my parents’ careers would have been very different if the internet had been there when they were in school—selling your own art is such a different ballgame now.” – Jaclyn Hardgrove

Paper Chase: Art torn from the pages of yesterday’s books