The destruction of the South Philly Meadows has begun, and, according to witnesses, not in a safe way. As of the morning of Tuesday, August 24, there was no fencing securing the land while trees upwards of 50 feet were being felled close to park users.

“As I walked through the Meadows I noticed a bulldozer clearing underbrush next to a path,” says Gabriel Galson, who was at the site in the morning. “It continued work as I approached it. I watched a ‘feller-buncher’ rip down around 60 trees over the course of two hours. The area was unsecured, unmarked, and connected to the main Meadows path. Many unaware of the situation walked by with dogs while trees fell feet from us. To get out of the logged area I had to climb over several fallen trees, timing this to not get hit by others.”

The clearcutting began on Tuesday, August 23.

“I was shocked when I went out to FDR [Tuesday] night to see the loop trail coming down the hill in the state it is in,” says Kat Kendon, a local activist with Save the Meadows. “They said all of the construction was to be done in places that were inaccessible. And that certainly is not the case.”

The construction Kendon is referring to is part of a permit that the City of Philadelphia has to develop a 33-acre wetland between Mason’s Hill in the FDR Meadows and I-95 that runs along the border of the park. The fill from this excavation will then be transported through an access road along the orange fencing that has dotted the landscape for months and piled into an enormous mound next to Bellaire Mansion.

Even before the orange fencing went up, Kendon and other FDR Park neighbors and users started the grassroots Save the Meadows group to begin organizing people’s voices against the planned construction, instead advocating leaving the Meadows in the wild state that overtook the former FDR golf course, which had closed in 2019. That group was then supported by the more formal The People’s Plan for FDR Park, which is a coalition of environmental groups throughout the city.

Both the grassroots group and the formal coalition wanted a seat at the table with Philadelphia Parks & Recreation (PPR) to have a dialogue on how to preserve as much as possible of the natural beauty that emerged at the Meadows. But, as Kendon explains, PPR Commissioner Kathryn Ott Lovell refused to “discuss with protestors.” 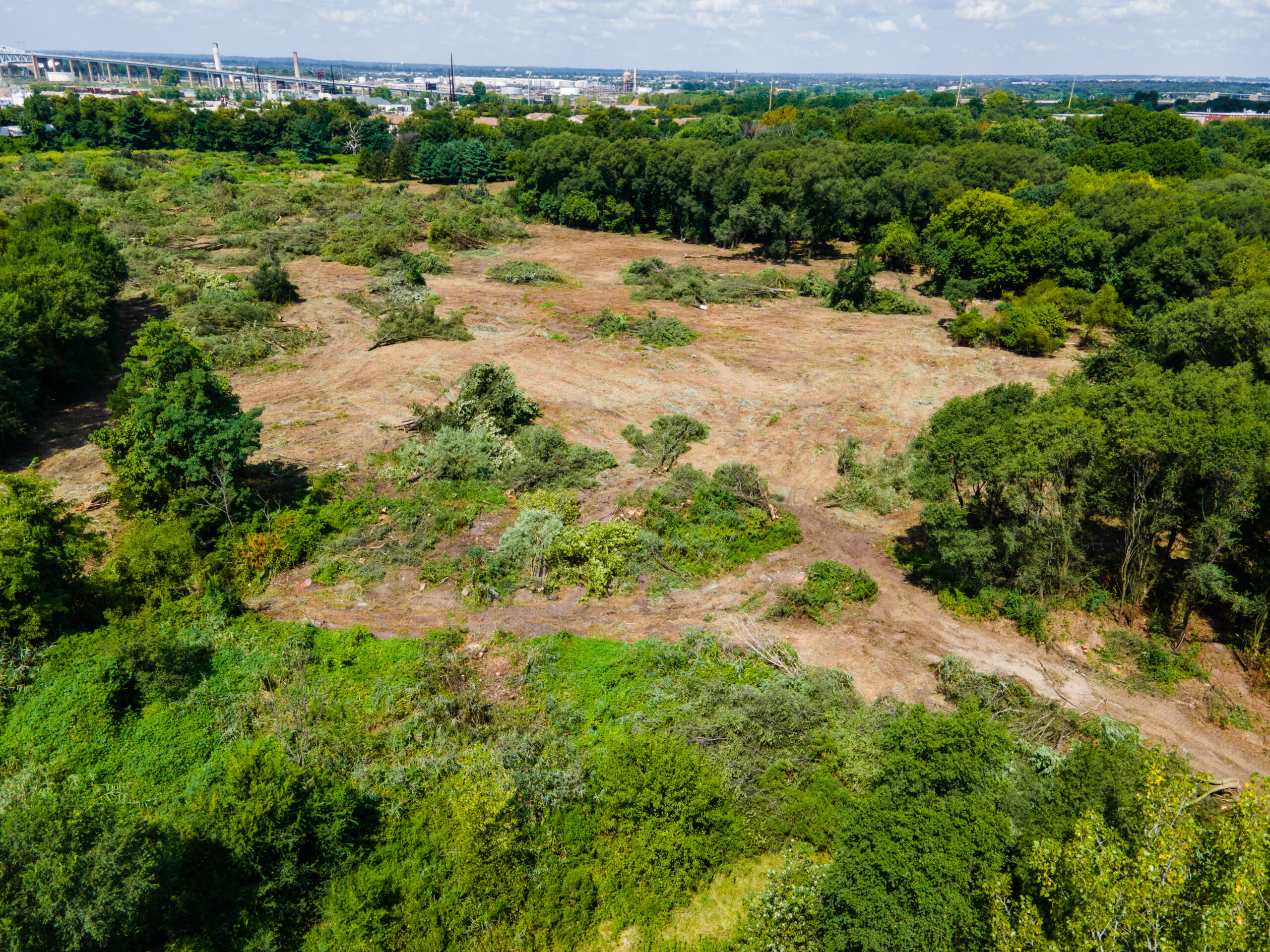 On a recent walk with Scott Quitel from the Land Health Institute, Kendon says Quitel expressed confusion about why the City was trying to create a wetland with trees in a place that was already a wetland with trees. This concern was shared by Philadelphia’s former floodplain manager, Joshua Lippert.

“There is no need to cut down trees on land development sites,” Lippert says. “They could have enough room to build around the trees. There is always a way to protect certain sizes and certain species of trees. It just takes arborist surveys and better design.” 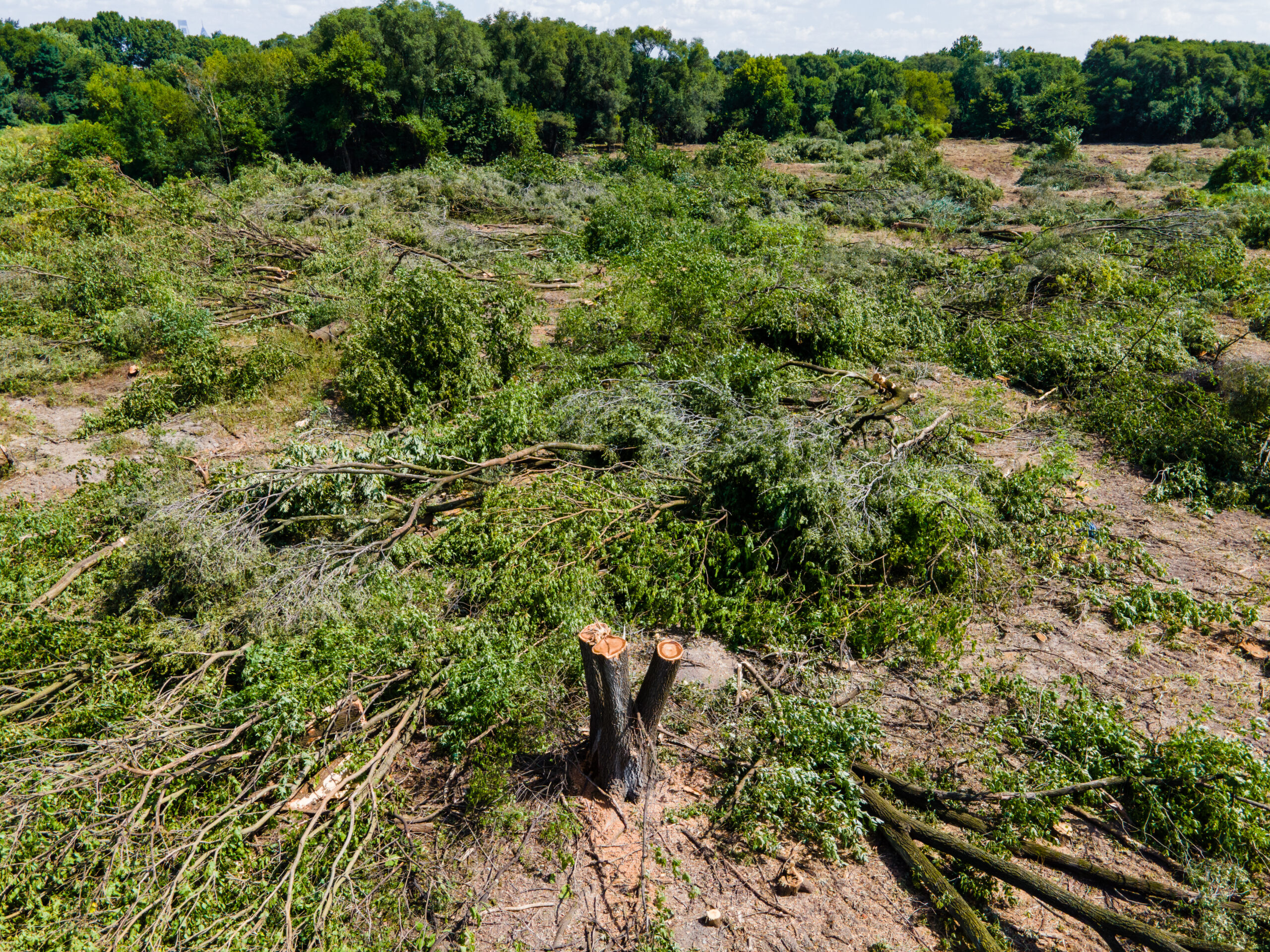 While Lippert concedes that land development projects do at times require human engineered wetlands, he too was critical of the City’s decision to disturb a natural habitat and cut down trees in order to make a natural habitat.

Lippert attributes this lack of planning and design to the fact that Philadelphia has, in his opinion, some of the most pitiful regulations when it comes to trees, especially those on public land, where carve-outs in the law don’t require public agencies to take the same tree-protection measures as private entities. 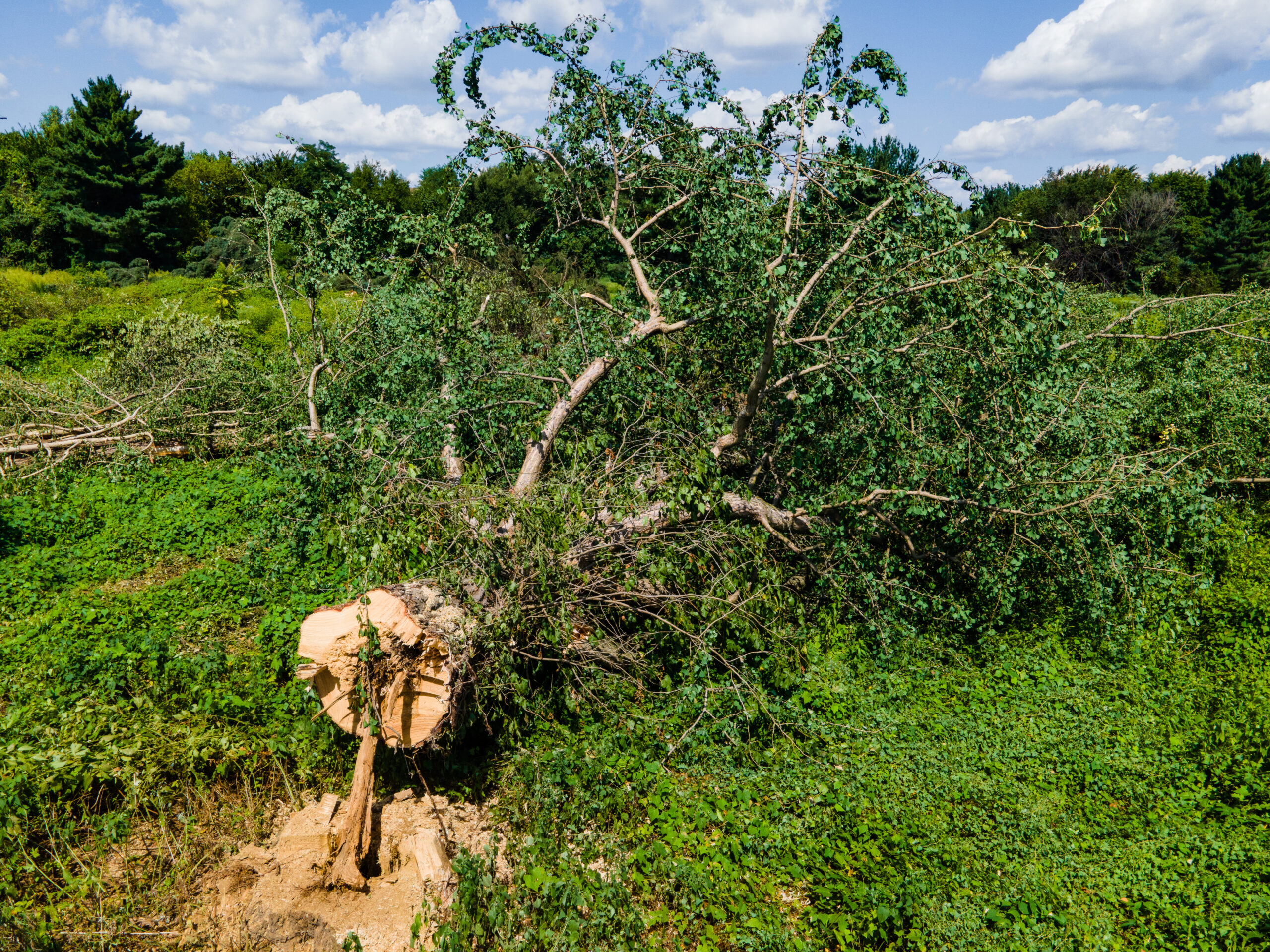 For Kendon, the surprise of the loss of this crucial habitat, for both humans and animals, was amplified because it ran counter to the updated FDR plan — released by the City last week — that said places like the trail loop and Bowman’s Hill would be spared the destruction.

Kendon can already see the highway, which will be completely visible during construction and long after as any newly planted trees mature, destroying the serenity that the former tree canopy provided from the din of traffic from I-95.

“What is the point of a parks conservancy that doesn’t conserve?” Kendon asks. “This is like a Cobbs Creek redux. How can they get away with this again?