Will the city’s choice of expanded oversight actually lead to change?

The country’s reckoning with issues of racial justice reached a boiling point last summer after the murder of George Floyd. What followed was an onslaught of streets emblazoned with “Black Lives Matter” and corporate commitments to support equity and examine racial injustice. Notably absent were commitments to cut funding from police budgets and plans to divert those funds into places that create equity and foster racial justice.

In Philadelphia, city officials and councilmembers alike have expressed a desire for reform. And through a host of meetings, hearings and policy introductions, the main initiative that’s come out of the summer’s uprisings is the new Citizens Police Oversight Commission, or CPOC.

Though final details of the commission are currently being negotiated, the goal is simple: to bridge relations between community and law enforcement.

“The main thing is increasing accountability. To restore the public’s confidence in oversight in police misconduct, and also how police and community relationships work,” explains Councilmember At-Large Kendra Brooks. “And we really need to reduce the large payouts stemming from lawsuits over police abuse. Those are the things that are part of the conversation as they build out this effort.”

While it touts a new name and acronym, the commission is far from a new idea. Philly’s Police Review Board—the first of its kind—was established in 1958 and dissolved in 1969 after a judge deemed it illegal. In 1993, City Council overrode Mayor Ed Rendell’s veto and passed Bill no. 317, creating the Police Advisory Commission (PAC), which came to fruition the following year.

Plagued by budget cuts and drawn-out processes, PAC has long been seen as inefficient and ineffective at improving public trust in the system.

“We do a whole lot, but we do it with very, very few staff and not a whole lot of money,” says Anthony Erace, the commission’s acting executive director. PAC currently employs a maximum of 13 commissioners and 10 staffers. Due to COVID-19, the commission saw staffing cuts that reduced its team from 10 down to 6.

“Just being able to fully staff a policy unit with enough people to conduct after-action reports and policy stuff like that … It’ll dramatically increase accountability and transparency of the police and Philadelphia policing,” says Erace.

But it’s never been that simple. More than 100 cities across the U.S. have their own form of civilian oversight, and still, problems over policing still persist. For Philadelphia’s CPOC to become the exception, it’s going to require careful construction.

If history has revealed anything on the topic of police accountability, it is that the police are incapable of policing themselves. In New York City, officer Daniel Pantaleo was on the other end of 7 disciplinary complaints and 14 individual allegations, before he killed Eric Garner in 2014.

Minneapolis police officer Derek Chauvin had 18 complaints brought against him. He was only disciplined twice before murdering George Floyd. If officers like these are investigated (and protected) by internal affairs departments and fellow officers, who exactly would police departments find unfit to serve?

In most major cities, civilian oversight just means current civilians, so their boards are often stocked with retired police officials, or, in the case of the Office of Police Accountability in Seattle, a mix of current officers and civilians. The NYC Civilian Complaint Review Board (CCRB) even reserves three of the 15 appointed board positions to the police commissioner, with no restrictions on choices.

This cannot be the case for Philly, says Melanie DuBose, co-director of Live Free, a campaign by POWER Philadelphia—which tackles issues related to gun violence, mass incarceration and the criminalization of Black and Brown people in the city. POWER has been holding town hall meetings since July 2020 with oversight and council officials across the country on the challenges of police oversight.

“One of the things we stipulated with the initial legislation was that there would be no mayoral involvement, and there would be no involvement with anyone who was a former police officer,” says DuBose. “We’ve recognized the control and the manipulation that the FOP [Fraternal Order of Police] has been able to usurp in various aspects of city life. And part of the stipulation was that citizens who are not in any way associated with the FOP be able to serve on this commission.”

With many oversight boards, the mayor appoints the majority of the positions. But for CPOC, as currently proposed, the mayor and city council would work to create a selection panel that would then create the commission. And while police involvement requirements are outlined for the selection panel, they are not outlined for Philly’s actual commission. Selection panel members cannot be current or former employees of either the city or state, nor can they have ties to the FOP or a political party. The panel of five will field applicants to the commission and select nine individuals who must then be confirmed by City Council.

“[The] Philly community has to pull teeth to access information. We have to have outside investigations to have any understanding of what’s actually happening behind closed doors.”   —Samantha Rise

Transparency remains a major concern in the process of accountability. The findings of civilian oversight boards are largely inaccessible to the public. That means documented actions of officers, as well as board member procedures and rulings for a board that is denominated as civilian, is shrouded in anonymity.

In May 2021 The City, an independent New York–based nonprofit digital news platform, obtained an internal investigation memo from the city’s review board. The document revealed a pattern of overturned misconduct findings by panel members between 2014 to 2020. Nearly 600 substantiated allegations of misconduct were overturned by the board during its final review processes. The analysis was written by the board’s then-director of policy and advocacy, who, along with four other board employees, were fired in November 2020. They have an ongoing lawsuit with the board over retaliatory practices.

For the incoming CPOC to gain the trust of the city, it has to open itself up.

“[The] Philly community has to pull teeth to access information,” says Samantha Rise, program director of Girls Rock Philly and self-described movement supporter. “We have to have outside investigations to have any understanding of what’s actually happening behind closed doors.”

For ongoing investigations, the commission is required to post any video captured within 48 hours of the alleged misconduct or articulate its rationale for not doing so. Videos that are initially withheld must be posted within 14 days, regardless.

The Challenge of Disciplining Officers

Without the ability to fire and discipline officers for their actions and with qualified
immunity presenting a shield in civil suits, “accountability” can only be brought about via District Attorney Larry Krasner’s office in criminal cases. And while criminal cases have risen in recent years, convictions have not. In the U.S., only 7 police officers have been convicted of murder in fatal police shootings since 2005, despite almost 1,000 fatal police shootings occurring each year.

In the absence of a verdict in the criminal legal system, an oversight commission can at least be useful by taking disciplinary measures, or even firing officers from the department. But that is a fight that must be waged with both the Philadelphia Police Department and its union, FOP Lodge 5.

For the union, their power largely comes from Act 111, a 1968 law that settles disputes between the city and the union through binding arbitration. Disputes lasting more than 30 days between the parties are sent to arbitration, where, more often than not, the decision is ruled in the union’s favor. This acts not only as a barrier to meaningful contract changes and funding but also as protection for officers faced with disciplinary complaints or termination.

The police contract, which is set to expire June 30, will soon face arbitration between the union and the mayor, as they were unable to reach an agreement. So it’s unlikely similar changes will be met without opposition.

Until contracts, legislation and amendments are all settled, it’s going to be a waiting game, says DuBose.

“We’re waiting with bated breath to see the amended version of this and if City Council has allowed themselves to take all of the muscle out of the matter,” she says. “Then we’re going to take them to task.” 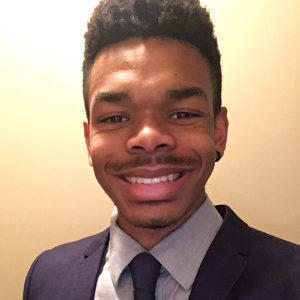 In the male-dominated world of construction, these women are showing how it’s done

If you pop into Olde Kensington’s Liberty Kitchen these days, a batch of colorful macarons in

As the beginning of the pandemic left people with sleepless nights and unending anxiety, many turned

COVID-19 imploded the world we used to live in. Why can’t other earthshaking scenarios do the same?

By Shari Hersh, Ron Whyte and Emma Wu While many people are experiencing pandemic fatigue, understandably

Camden’s flooding problem is daunting today. As sea levels rise and precipitation increases, it’s only going to get worse

It was flooding in the Ablett Village public housing development in Camden’s Cramer Hill neighborhood. It