Thirsty for great local beer? Here’s a six-pack of brews from members of the Brewers for the Delaware Association, all made using water from the Delaware River.

This New England-style IPA is brewed with oats for a creamy texture and hazy appearance. The addition of rye lends a subtle spice, and a whopping 88 pounds of Amarillo hops per batch conjure bright, zesty lemon aromas and flavors. Its charming can design features art by 19th-century naturalist John James Audubon to highlight 2SP’s efforts with Brewers for the Delaware. Available in 4-packs of 16-oz. cans; 6.5% ABV. Aston, PA; 2spbrewing.com

Lots of breweries experiment with this classic Belgian style with varying degrees of success, but Manayunk Brewing nails it. Pilsner malt brings a crisp, clean backbone, flaked oats beef up the body, and the coriander and orange peel flavors are subtle and balanced. There’s a touch of floral fruitiness thanks to Hersbrucker hops, an old-world German variety, and a nice peppery finish brings it all home. Available in 12-oz. cans and on draft; 4.8% ABV. Philadelphia, PA; manayunkbrewery.com

Every brewery worth its salt has a tabby cat on staff. Philly Brewing Co.’s “working cat” is named Duke, and they love him so much they named this limited seasonal beer after him. Double dry-hopped with Amarillo and Falconer’s Flight, this crispy pale ale is also infused with grapefruit and orange peels for a citrusy punch. Aromatic, smooth and light bodied, this is a truly sessionable beer for anytime enjoyment. Available only on draft; 5% ABV. Philadelphia, PA; philadelphiabrewing.com

Mooey is an English-style pub ale, an easy-drinking bitter that’s good for gray days and “The Great British Baking Show” binges. A touch of bready malt grounds flavors of biscuits and toffee and a slightly astringent finish. In 2017 Mooey scooped a silver medal in the “Ordinary or Special Bitter” category at the Great American Beer Festival. Available in 32-oz. crowlers (a canned growler) and on draft; 4.8% ABV. Bethlehem, PA; bonnbrewing.com

From May through late summer, find this refreshing Kölsch-style ale at Odd Bird’s taproom,  which sits right at the edge of the Delaware River. The beer’s name is an homage to the garage that houses the brewery—and to their landlord, Joe, who was a huge help to them during the pandemic shutdown. This pale German ale, which is fermented cool and hopped with Hallertau Mittelfrüh, drinks like a light, fruity lager and pairs well with lazy river tubing. Available in 32-oz. crowlers and on draft; 5.2%. Stockton, NJ; oddbirdbrewing.com 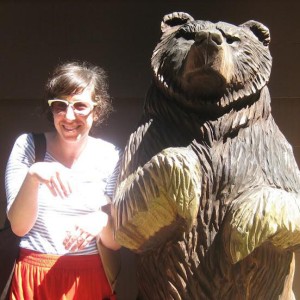 Covid-19 has slammed all teachers with change. Some have held classes online while others have taught

There’s a better place than the fridge for children’s art. Dorothea Gamble and Dagmar Mitchell of

Sometimes it takes a village to stop a youth from having a criminal record. “Two friends,

This is the first time I’ve ever cracked open a beer as I started an article.

Seventeen-year cicadas are due to emerge this May. Will Philly see any?

On May 9, 1715, Andreas Sandel, a minister at the Gloria Dei Church, aka Old Swedes’