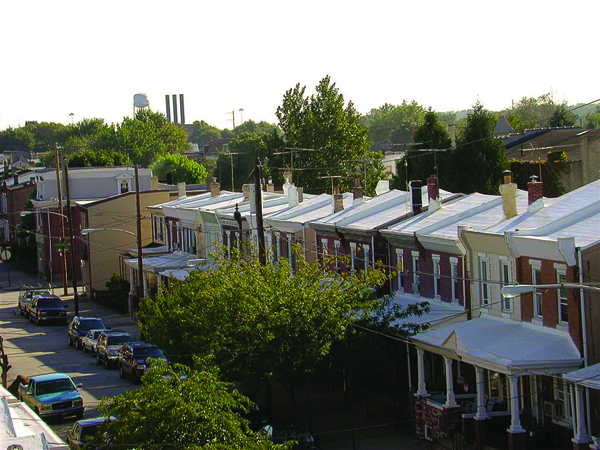 For energy savings, cool roofs are a no-brainer
by Samantha Wittchen

The roof is no longer on fire. First there was the Mayor’s “Coolest Block” Contest, offering Philadelphians the chance to win an energy-saving cool roof and other energy efficiency upgrades from the city for every house on their block. Then there was City Council’s Earth Day passage of Councilman Jim Kenney’s legislation requiring reflective (cool) roofs on all new commercial and residential low-slope roofs.

So, why the sudden love for cool roofs? It’s simple economics: The Lawrence Berkeley National Laboratory’s Heat Island Group estimates that Philadelphians could save a collective $3 million by converting to cool roofs. According to the Department of Energy, this could save the average homeowner up to 20 percent on cooling costs. And, with electricity rates set to increase by as much as 30 percent in January 2011 (due to the expiration of PECO rate caps), this is the ideal time to switch to a cool roof.

Need more motivation? Cool roofs also make a row home much more comfortable—traditional black asphalt roofs can reach temperatures as high as 190 degrees in Philadelphia, and that heat radiates throughout the structure. A typical cool roof is 50 to 80 degrees cooler than its asphalt counterpart.
What is a cool roof?

A cool roof has high solar reflectance—according to the Department of Energy, this is “the most important characteristic… in terms of yielding the highest energy savings during warmer months.” For the typical Philadelphia homeowner with a low-slope roof, thermoplastic polyolefin, polyvinyl chloride (PVC) and EPDM (a synthetic rubber) single-ply membranes are most appropriate. They have reflectivities in the range of 70 percent, as compared with a traditional black roof, which has a reflectivity of 5 percent. Emissivity—or the ability of a material to release absorbed heat—is the second most important value. Most cool roofs also have high emissivity.

How much does a cool roof cost?

A cool roof’s installation costs are on par with that of a traditional asphalt roof. If it’s time to replace your roof, going with a cool roof is a no-brainer. Even if it isn’t time, a cool roof might still be a good investment, considering the average 20 percent energy savings on cooling costs. To more precisely estimate the savings for your specific home, the Lawrence Berkeley National Laboratory and the Oak Ridge National Laboratory offer two handy online calculators (roofcalc.com and ornl.gov/sci/roofs+walls/facts/CoolCalcEnergy.htm).

When considering the overall cost of a new cool roof, you should also consider that the lifespan of a cool roof is about 10 years longer than that of a traditional asphalt roof. Cool roofs are made of highly flexible elastomeric materials—they can easily undergo major shifts in surface temperature. With traditional roofs, the expansion and contraction causes a more rapid deterioration.

One last thing to consider about the cost of your cool roof project is the recent announcement that the city of Philadelphia was selected to receive $25 million from the Department of Energy’s Retrofit Ramp-Up Initiative. Plans are already in motion to use some of that money to provide energy efficiency retrofit loans, which might help you defray some of the upfront costs of a cool roof.

If you choose to make the switch, make sure your roofer is familiar with cool roofing materials. If the roofer tells you it’s significantly more expensive to install a cool roof, be suspicious. The Energy Coordinating Agency (ecasavesenergy.org) provides cool roof services, and the Postgreen team (see May 2010’s cover story) used Topline Construction, based out of Conshohocken, on their recent Skinny Project.

If you’re not satisfied with the energy-saving benefits of a cool roof, a green roof might be for you. While both cool and green roofs lower surface and air temperatures, extend your roof’s life and lower summertime energy demand, green roofs provide additional benefits, such as reducing stormwater runoff and absorbing pollutants and carbon dioxide.

Before you go green, though, you need to make sure your roof joists can support the added weight of a green roof. You’ll need a structural engineer or architect to help you make that judgment. In addition to the expense of hiring that expert, you should also be aware that green roof installation costs range from $10 to $25 per square foot—significantly more than a membrane roof. But, as with a cool roof, there could be energy efficiency grants or loans available to help you finance the project. Roofscapes, Inc. (roofmeadow.com) is a Philadelphia-based company that can help you get started.

Regardless of which option you choose, one thing is for certain: In Philadelphia, cool—in one form or another—is the new black.

Samantha Wittchen is a managing partner at iSpring, a sustainability consulting firm based out of Philadelphia and the Lehigh Valley.﻿ 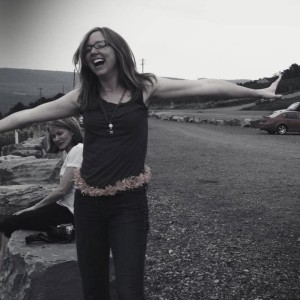 Shoots & Ladders: Be the Bee