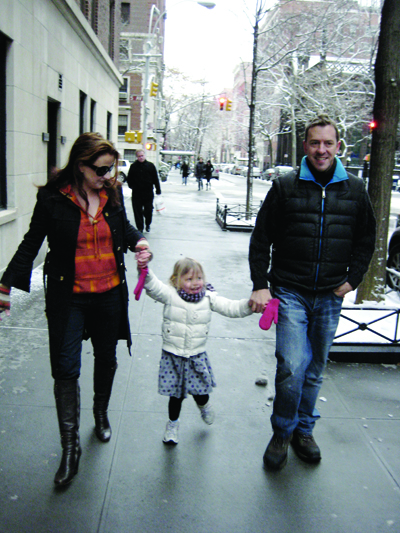 Back in 2007, Colin Beavan (a.k.a. No Impact Man) had his 15 minutes—sitting for television interviews, being bandied about on blogs and earning a feature in The New York Times. (His book was reviewed in Grid’s October 2009 issue.) Along with his wife and daughter, Beavan attempted to live for one year in New York City with no net impact on the environment—no trash, no carbon emissions, no elevators, no subway, no products in packaging, no plastics, no air conditioning, no TV, no toilet paper and, for the final six months, no electricity in his apartment.

The eponymous film (released last year) is an intimate portrait of this experiment, and a wonderfully engaging one. Beavan’s idealistic zeal is perfectly balanced by his wife Michelle Conlin (a writer at BusinessWeek) and her delightful skepticism. Her husband’s project has a massive impact on her day-to-day life—she starts the year a caffeine addict who admits to a love for shopping, take-out and reality TV. In an act of love and support, out goes the coffee (along with anything else not grown within 250 miles), the television and, eventually, in the story’s biggest point of contention, the refrigerator.

Both Conlin and Beavan are deeply changed—and moved—on myriad levels by the No Impact Year, and when he asks, near the end of the film, “Is it possible to have a good life without wasting so much?” the answer is painfully clear. —Lee Stabert

Available to stream instantly (or on DVD) through Netflix
For information, visit noimpactdoc.com.