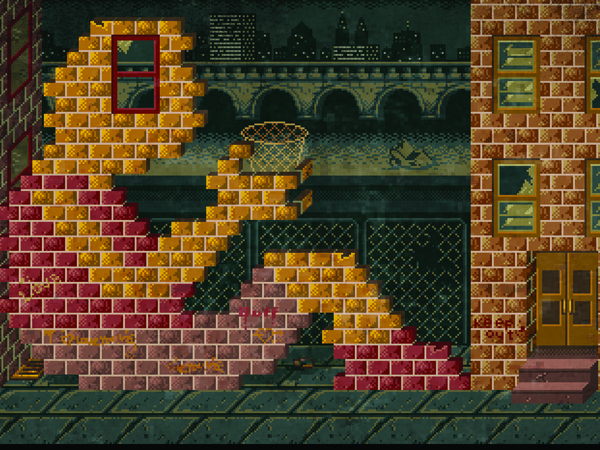 Patients as Person, City as Healer?
by Nathaniel Popkin

In the earliest days of the Center for Community Partnerships at Penn, a project I was a part of for a few years in the mid-’90s, we considered (but never executed) a “misery/happiness index” for West Philadelphia. The index was an idea of the historian Lee Benson, the Dewian visionary who believed that an engaged university was a unique engine of participatory democracy. Benson didn’t hope to facilitate another study of an urban neighborhood, but rather he wanted to create a quantifiable tool to help West Philadelphians reflect on the relationship between the quality of their own lives and the condition of the city they live in.

The idea that urban environmental factors influence emotional well-being is ages old. It took hold in the Philadelphia gothic novel of the early 19th century, ran through Poe and on to the writer David Gaddis and the wide spectrum of film noir. And don’t we believe it—the vast American suburb is in large measure the product of a nominal quest for wholesome air.

But many doctors don’t—or can’t—take into account environmental causes of distress, explains Joe Gallo, a Penn family physician, whose research team has dreamed up an entirely new approach to urban mental health, one that follows Benson’s participatory model. Gallo is soft-spoken and warm, generous and fatherly. Though he spent years at Johns Hopkins in Baltimore, his accent betrays New Rochelle, the Long Island town where he was raised. “When you’re a physician and you’re taking care of people, you realize there is a realm you don’t have control over. It’s not medicine. One approach is that you ignore it,” he says, explaining an intrinsic dilemma in contemporary health care. “But I don’t tend to think that way.”

So Gallo’s center, approved in principle but awaiting funding from the National Institutes of Health, incorporates a notion: person is patient, patient is person. It underlies this approach to medicine.

The center will combine “shoe leather epidemiology” with community action to build a new structure for the delivery of mental health services for older adults in West and Southwest Philadelphia. His team will employ and train block captains and other leaders of “helping networks” across neighborhoods and cultural groups to learn what causes distress and how it’s handled—Gallo thinks many people don’t go to their doctor when they’re in distress. He wants to know where they do go, if at all, so that interventions can be made organically, in the context of a multi-faceted urban life.

The Penn physician Marsha Wittink is a member of Gallo’s research team. She says one of the things that makes the center unique is its focus on urban spatial analysis. In order to better understand the spatial distribution of helping networks, the project will partner with Penn’s Cartographic Modeling Lab, the outfit that maintains the Philadelphia Neighborhood Information System.

From there, it’s a short step to asking how neighborhood factors enhance or inhibit well-being. Pedro Rodriguez, former director of the Action Alliance of Senior Citizens, says the question is revealing—he draws a line from the decline of Philadelphia’s housing stock to unsafe living conditions to respiratory problems caused by poor ventilation to depression due to isolation and also overcrowding, which leads to abuse at the hands of extended family.

This is the kind of granular understanding that Gallo and Wittink think will lead to a big breakthrough, the integration of mental and physical health care with an approach that considers urban effects. It’s potentially an intuitive marriage of city planning and public health, the city—its intrinsic capacity to connect people—as healer. “Everybody knows this is what needs to happen,” says Wittink.

Now imagine a line running from vital public spaces and “third places” to efficient, safe and dry transit (bus shelters on every main corner) to the very act of neighborhood planning and community organizing to the happiness and well-being of older adults. (Rodriguez notes that “people who participate in organized struggle generally have better physical and mental health.”)

So Joe Gallo is anxious to get to work. “I want to change the field,” he says, “but if we just talk about it, it will stay talk.” He pauses and raises his arms above his head to make the point. “You can’t be here and not think big. We’re the heirs to Ben Franklin.” 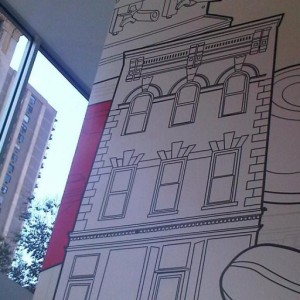 Health Care for All

Will hospitals become allies in the fight for clean air?