Leah Calvello was delighted when she opened the package from Thomas Jefferson University. A rising junior in high school, the Yonkers-based student had signed up for the College of Architecture & The Built Environment (CABE) Summer Academy, a three week online course sponsored by Stantec and Jacobs Engineering Group.

There before her were the tools of the trade: pens with different line weights, drawing pads, wire form to build models, task board, clay, Conté crayons, pencils, sketchbooks and an X-Acto knife. She was immediately hooked.

“Just seeing the tools I would be using to explore architecture was enough to make me look forward to being part of this program.”

The intention of the program was to showcase the many different professions involving the built environment, including interior design, landscape architecture, construction management, architecture and real estate development. 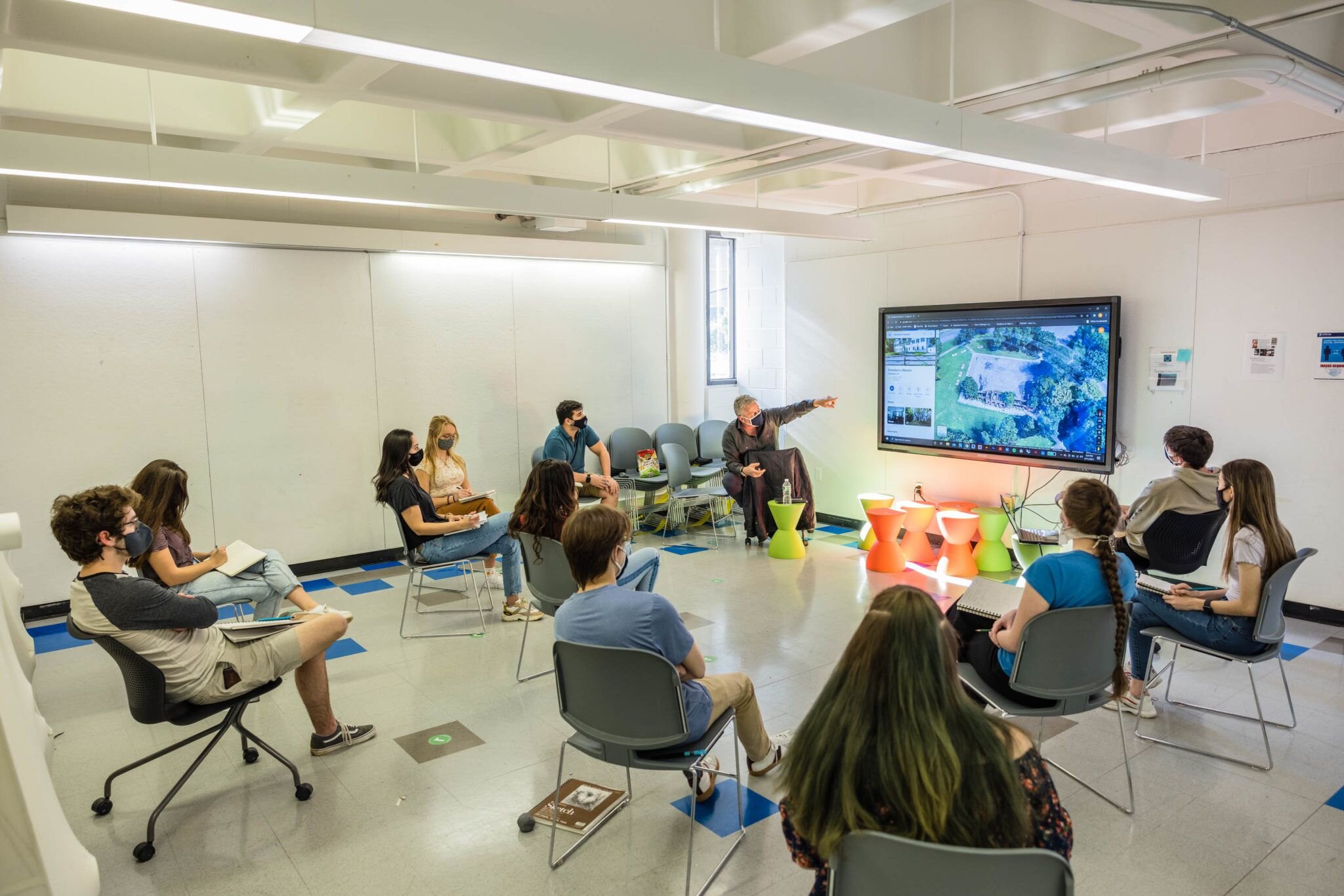 Dean Barbara Klinkhammer handpicked Erike De Veyra, CABE’s social media director, to run the program. De Veyra, a graduate of CABE herself, previously managed DesignPhiladelphia and worked for the Center for Architecture and Design, and was excited for the challenge.

As an alumna and a Filipina, access was important to De Veyra. She wanted “to welcome students to an aspirational representation of the industry that is diverse and inclusive.” Having the class online allowed for anyone, anywhere, with an internet connection to take part. It also allowed Thomas Jefferson University to partner with the ACE Mentor Program, a national nonprofit that works with students who are traditionally underrepresented in architecture, construction and engineering. Calvello was able to attend the first of the Academy’s three-week sessions, which focused on career discovery, through a scholarship offered by ACE.

Being untethered to a physical space allowed opportunities for teaching you don’t have in a traditional classroom. For example, all of the students were able to “visit” the Philadelphia office of Stantec, an international design and consulting company. Later that same day, the miracle of Zoom brought them to Tribeca, where a hotel is being built, for an on-site tour. The construction manager for the job was, like De Veyra, a 2009 CABE graduate.

“To be able to bring students from all over the country, in an afternoon walk through a construction site … I tried to take full advantage of what technology can give us.”

Part of what De Veyra hoped to show the students is that there isn’t just one path to working in the built environment, or one type of person the field attracts. So she asked a number of the mentors she had lined up to talk with the students about how their journeys began.

“We focus a lot about origin story because the stereotypical story of being an architect is, ‘I played with Legos, I draw a lot, so I’m going to become an architect!’ For them to hear that an interior designer started from just loving art, or a landscape architect … had a background in sociology.” De Veyra is a perfect example herself. “I wanted to be a set designer for theatrical productions.”

De Veyra asked them to talk about what tools they still used from their days of study.

“Whether it was a tape measure, a Sharpie, a certain kind of line weight pen, the students were like, “I have that right here!’”

And now that she has the tools, met people doing the job and seen the many facets of working in the built environment, how does Calvello feel about her future calling?

“This experience cemented my choice to pursue a Bachelor’s of Architecture in college.”

The mission of Jefferson’s College of Architecture and the Built Environment is to educate the next generation of design and construction professionals to create an equitable and sustainable future. Learn more at Jefferson.edu/Grid.

In the lower underbellies of BOK, a 340,000 square-foot co-maker space in South Philly, there is