From oil painting to storytelling, native Philadelphian Joan He has dedicated herself to creating art in all forms since childhood. Currently living between Old City and Fishtown He is getting ready to release her second novel, The Ones We’re Meant to Find, on May 4. In this work, she introduces her readers to “cli-fi”— a new genre blending climate change, science fiction, and a hint of dystopia.

While He says apocalyptic climate change is not the center of the story, it’s an important backdrop. One of her novel’s main characters, Cee, is stuck on an abandoned island with no idea of how she got there—but knows she needs to find her sister. Her sister Kasey is a STEM prodigy living in the world’s last unpolluted cities, which have been set aside as a sanctuary for those who pursue the planet’s protection.

Speaking in a Q&A with Grid, He explains her process of cultivating the dystopian story and the importance of creating characters who are sympathetically human.

This interview has been edited for clarity, length, and style.

Where did you come up with the inspiration and story for The Ones We’re Meant to Find?

An initial inspiration came in this very brief dream I had. It was an image of a girl diving into the sea, and she was looking for something or someone. I just wasn’t sure what it was.

So as I was turning this image around in my head, I really thought back to the Young Adult that I read when I was a teen. That happened right around 2010 when the dystopian theme was coming on, and you had books like The Hunger Games and Divergent and Legends. Those books were really my entryway into Young Adult, and the ways that they were written and the kinds of characters they introduce really formed this lasting impression on me.

So I thought back to one particular trope that kind of started in these books which we can still see some Young Adult books today where you have a main character that is obviously very capable, pretty bad-ass, and might go on to like save the world or topple a dictatorship. But they stay relatable in the eyes of the reader because the book tends to use a younger sibling relationship to cue in their empathy and vulnerability. So, even if the younger sibling doesn’t have an active role in the plot, they still play this pivotal role—especially in the beginning.

Introducing the reader to the character by saying like, hey, even though this character is kind of like bigger than life, they’re still a teenager, they’re still vulnerable, they’re still human because they care a lot about this particular relationship and will do anything to protect this younger sibling. That was a trope that I found a lot and that was very effective, and so I wanted to subvert that truth. In, The Ones We’re Meant to Find, I was like okay what if the girl looking for someone in the ocean is the older sibling and she’s looking for her younger sibling, but what if that younger sibling is so much more than a storytelling device, and is actually the one who is driving a lot of the plot.

How did the topic of climate change get connected with the story?

Because of the nature of ‘the twist,’ which I knew very early on. I knew that for the twist to work, the story needed to be a post-apocalyptic story, or like on the edge of an apocalypse in the world. So I was thinking about what the apocalypse reason would be. I didn’t want that to be the focus—I didn’t want it to be, for example, like a zombie apocalypse.

I really wanted to pick a reason that felt like the most likely, the most easily imagined. One that we could see in our present world. Once I was thinking along the lines of those criteria, it became really obvious that, to me at least, it’d be climate change.

Then once I started working with it, it actually worked really well with the overall themes of the book and the sister relationship because one of the big themes, what one of the characters in the book says is that everyone lives at the expense of someone else.

This is something that’s mirrored with the twist and the sister relationship but it’s also obviously mirrored on a much bigger stage with the climate change background. I was revising this book, this was during the start of the COVID-19 pandemic and I think it really illustrates all these different parallels about how some issues are affecting everyone—but it’s affecting some people to a different degree. When you don’t see that different degree, it’s so easy to just think that if you are okay and if your life is okay, then you don’t have to do anything to really care about anyone else.

You mentioned you didn’t want climate change to be the main focus of the story, but more of a background, correct?

Yeah, I’ve seen some early reviews and a lot of people are like “Oh my god, the climate change aspect is really well done,” which I am happy about but the point of the book isn’t about climate change, it’s kind of supposed to weave in with everything else to really say something about the characters and the particular subversion that happens in the middle.

Did you have to conduct any research for the climate change aspect of the story?

One of the biggest inspirations was that I wanted to subvert some like dystopian tropes, especially young adult dystopian. I wanted it to kind of evoke some of the settings that we’ve seen before and bring the sense of nostalgia for the dystopian sci-fi literature that already exists.

I think the thing about sci-fi is that, at least for me, having written both fantasy and sci-fi, I feel like sometimes it’s a little bit harder to break the mold. Once that convention is like made, it kind of appears in multiple books, so I didn’t really want to make the world something that’s too strange. I wanted to kind of echo what exists.

So in that respect, half of the research I did was really just examining what has already been done. And then the other half was, for the particular story I was telling, there is a science aspect to it that fits really nicely with the plot, so I needed that to make some general sense.

I was doing specific research on that element. I don’t want to give away anything, but I had to look up some facts, such as, what would the entire human population be feeling squished together into a cube and the effect of seawater on like different kinds of materials. And then, obviously, like some other facts, like how much the carbon footprint of the fashion industry on Earth and lots of different facets that but I’d say the big bones of the research really was from existing material.

What are you hoping that readers can get from this novel overall?

Overall, there’s not one particular message, I’d say if readers come away with more questions and answers, I think I’d be happy. I really want the book to reflect the complex issues that are facing our world today, and I think it would be disingenuous of me
if I gave a lot of answers because, clearly, we don’t have all of the answers to what we’re facing.

That’s my general hope. If there is a more concrete thing I’m hoping readers come away with it’s the question of should someone deserve more happiness or deserve to live more or deserve more of our attention, care, and action, just because we see ourselves more in them? Or because we relate to them?.

I make like a mini version of that question with the sisters being so different from each other. One of the sisters, in particular, is written in a way that I know, via previous characters I’ve seen, I know that readers will identify with her more because she does have more of the traditional cues of what makes a relatable young adult protagonist. Whereas the other character deliberately misses those things.

There’s so many people in this world that we are never going to personally identify with that we might not even see, we might not even understand because their experiences are just so far away from us. But does that mean that they deserve any less than us? Especially when it comes to big, big problems that we’re facing today.

He is donating $1 to the Ocean Conservancy for every book that is pre-ordered. 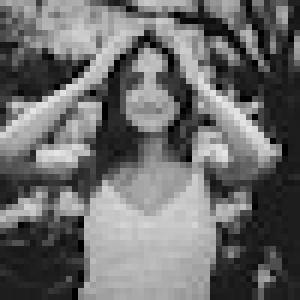