In early September, a flyer circulated announcing a “Proud Boys Rally” on Saturday, September 19, at Clark Park. Almost immediately, counter-events with names like “Families Against Fascism” and “Defend West Philadelphia” popped up, urging residents in the community to occupy the park that day with a unified message: hate has no home here.

This past weekend, hundreds of neighbors, community members and activists gathered in the park Saturday morning, but no agitators had appeared by 1 p.m., their planned meeting time*. Instead, park-goers enjoyed music, concessions, and speeches from local organizers including Councilmember Jamie Gauthier, who represents the 3rd District, which includes large parts of South and West Philadelphia, including Clark Park. 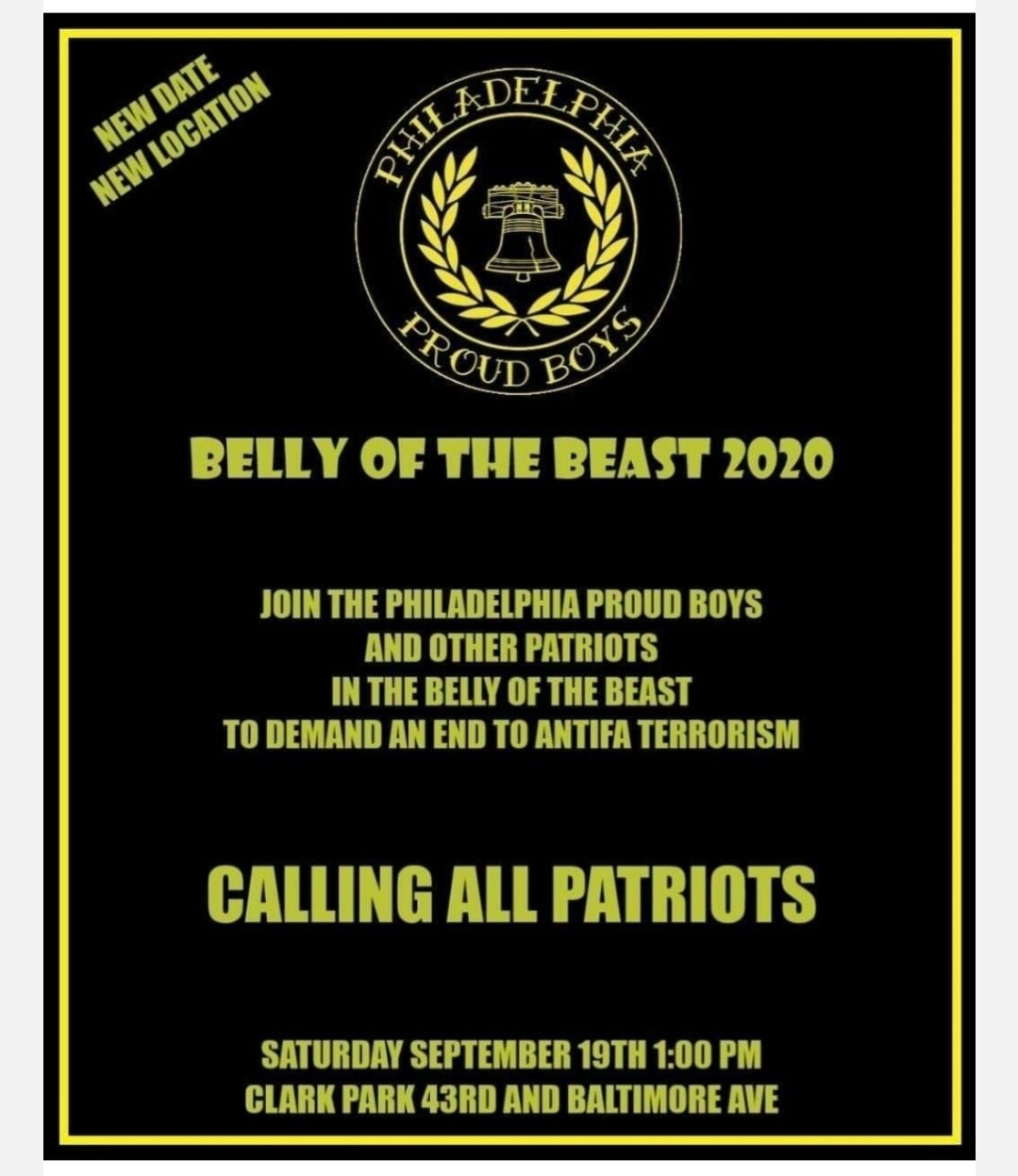 Her speech, transcribed in part below, was a tribute to the community that had come out in support against hate and oppression.

“I didn’t come here today as a politician. I came here today as a longtime resident of this community and as a neighbor of this park. This is an area that has seen its fair share of change over the years, but Clark Park remains a place where folks from all walks of life come to recreate and to convene and to just to be.

Well, I take that as a compliment, because we are the belly of everything that they hate: the diversity, and justice, and freedom, and love. Those are the things that make West Philly West Philly. And these hateful people planned to come here and create a spectacle and to divide us—but look what they have done.

It makes me realize all the more why our community is so special.

So I want to thank all of you for being here and for reminding everyone of who we are. I know that this event is also a vigil, so I want to take a moment to honor the memory of so many that we have lost to hate in this country.

The protests that happened in the wake of George Floyd’s death reignited a movement, but this is a fight that has been going on for centuries. Black people have died at the hands of the state since this country came into being. So today I want to honor so many who have put their bodies on the line, wittingly and unwittingly, in the fight for racial justice.

The members of MOVE, and so many others who have died senselessly at the hands of police.

Congressman John Lewis and Reverend Joseph Lowery and the countless Black activists who have raised awareness and advocated for the rights and freedoms of Black Americans. The protestors who were gunned down in Kenosha, Wisconsin as they marched to defend all of our freedoms.

State violence against Black bodies also includes the laws and the policies that systematically keep our communities in a place of scarcity and trauma.

All of the lives ended prematurely and all of the potential that was snuffed out like a flame.

As we stand here today in the face of hate, I also want to commit ourselves to the ongoing fight against racism and injustice in Philadelphia and beyond.

If these boys do come today, they’re going to go home to their miserable lives at the end of the day, but we are still going to have work to do, West Philly. Let us continue to stand tall and united not just today but in the months and years to come.

Thank you so much.”

*A few isolated incidents, including the theft of a sign and the smashing of a car window, were captured on social media around the perimeter of the park later in the day, but no visible members or congregation of hate group “The Proud Boys” ever transpired.

Philly’s vacant lot problem could be a community opportunity, rather than a city liability