Media: A Place of My Own: The Architecture of Daydreams 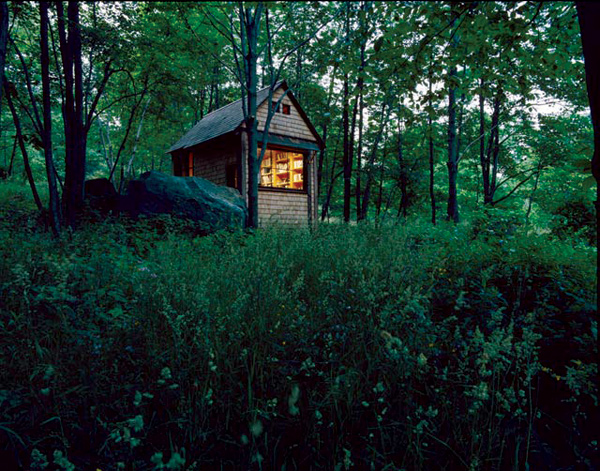 Did you think we could get through an entire issue of Grid without mentioning Michael Pollan in our media section? Maybe next month.  Best-known for his work on food politics, Michael Pollan’s second book, A Place of My Own (1998, reissued in 2008), focuses on architecture and building, documenting his efforts to construct the titular place of his own.

By his own admission, Pollan was not a handyman when he undertook this project. “Apart from eating, gardening, short-haul driving, and sex, I generally prefer to delegate my commerce with the physical world to specialists,” he writes. Faced with a seemingly shrinking house—his wife was expecting their first child when he began the book—and an impulse to escape from the abstractions of writing to work in the “real world,” Pollan begins to build.

Pollan immerses himself in some serious reading to prepare himself (it seems he’s not particularly good at avoiding words), and he hires two people to help him: an architect, Charlie, who is able to help him imagine what this building will look like, and Joe, his gifted but contrarian contractor who happens to think of architects as clueless intellectuals. Tension, and occasional comedy, ensue.

At the core of this book, and really all of Pollan’s books, is a discussion of how humans relate to nature. His answer? In the 20th century, not particularly well. Though he had approached construction as a way to escape abstractions, he found that architects, informed by a post-modern sensibility, had been seeking abstraction. Just his luck!

Pollan excels at devouring scores of books and then, with the help of some hands-on experience, constructing a coherent narrative from them. While he was unable to perfectly square his little house, he did build it, and his insights are always on the level.

Our brains are wired to want fat and sugar. Maybe we should go with it.

Madame Fromage delves into the world of craft cocktails