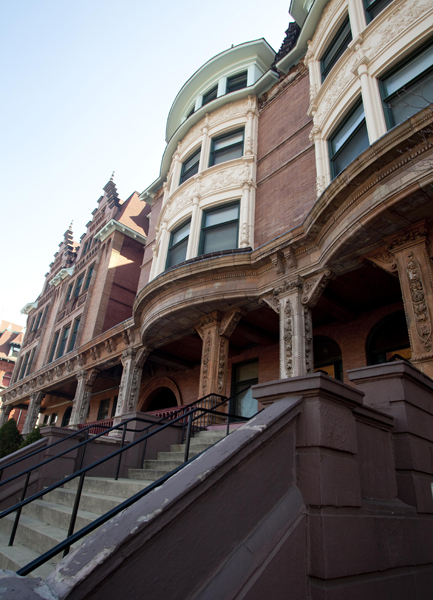 In a city as old and strange as Philly, there’s some history in every 100-plus-year-old brick rowhome and tiny colonial alley. While it’s fun to make up stories about what happened where (I like to think that my block was where Ben Franklin invented freedom soda), it’s also great to know the actual history and future plans of Philly. To that end, I recently took a tour down Girard Avenue with Bob Thomas, an architect, cartographer, tour guide and historian. His firm, Campbell Thomas & Co., has designed environmentally-efficient and socially responsible buildings for over 30 years, so the sites are not only notable for their history, but their sustainable features. You can ride your bike or take the trolley, which is also historic and dates back to the ’50s. ﻿

The Brentwood Apartments: we started at these beautiful German Baroque Revival buildings. Across from some nice green space and wonderful sites like Fairmount Park and the Whispering Wall (an old curved wall where you can whisper at one end and your friend can hear it at the other), Thomas helped fix up this decrepit structure in the ’70s into housing for seniors and families. They preserved the historic façade and added handicap access and a solar array on the roof. 4134 Parkside Ave.

Girard College: i had seen the wall surrounding this school and the neo-classical buildings peeking over before, but had no idea what it was. Turns out it’s not a college as we would know it, but a boarding school for children of limited means who come from one-parent households. Set up in 1848 by the will of Stephen Girard, an extremely wealthy banker, the college was originally just for white, male children whose fathers had died. After legal battles that went up to the Supreme Court, Girard was desegregated in the ’60s and allowed female students to enroll in the ’80s. Girard Ave., from 25th to 19th. 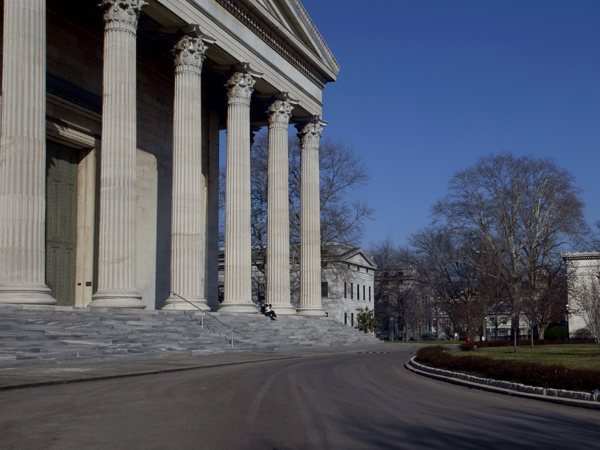 Thompson Street: Thomas’ company designed these single-family public housing units in 1984 to maximize their efficiency. They use passive solar heating (a box on the south side, which is shielded in the summer, heats up during the day and distributes that warmth throughout the house) and good insulation to minimize heat loss. The residents pay around $30 all winter for heating and one unit uses a wood stove. In fact, the houses are so well-designed that when Thomas tried to enter them in a contest PECO was hosting for efficient houses, he was told they were “too efficient” to qualify. 15th and Thompson (a block north of Girard). 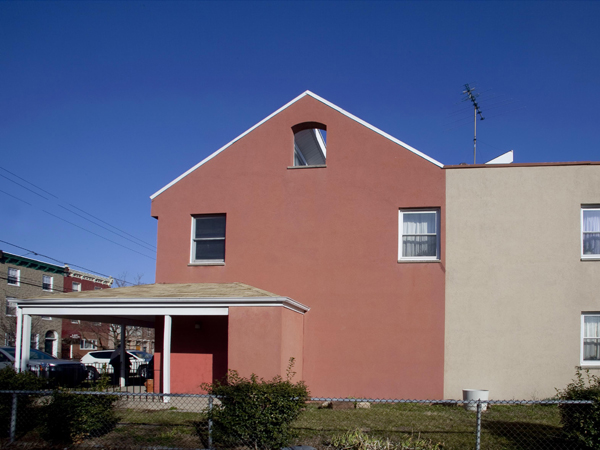 Storefront Houses: Although it is now known for densely-packed storefronts, Girard used to be lined by buildings with little front lawns and looked much more residential. Weird how hard that is to imagine. Girard Ave. from 29th to 25th.

Making The Grade: Kensington CAPA one of AIA’s Top Ten Green Projects in the U.S.

Joe Evans was a carpenter by trade until his back went out. With some time off,