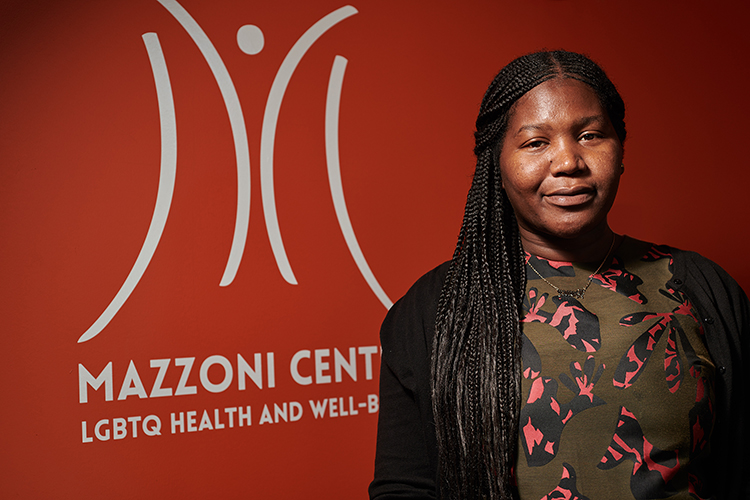 Tatyana Woodard, community health engagement coordinator at the Mazzoni Center, wants to take on more leadership in her community. (Photo by Albert Yee) 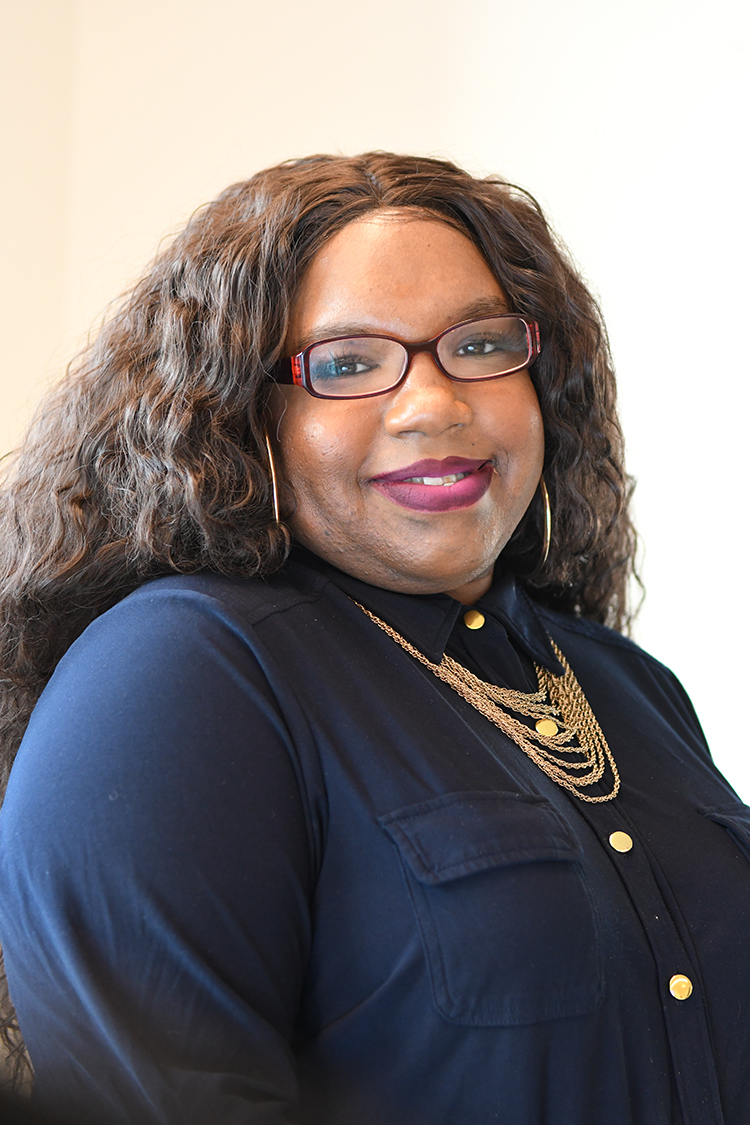 Joniece Greer, community engagement specialist at the Mazzoni Center, dispels the notion that being trans is a choice, and fights for full equality. (Photo courtesy of Mazzoni Center)

For a black transgender woman, being true to one’s self sometimes exacts a horrific price. One hears little about them unless they make lurid headlines as victims of violence—as did Michelle “Tamika” Washington, shot to death on May 19 in North Philly.

This odd cocktail of sensationalism and silence often breeds stereotypes on the public’s part and frustration for black transgender women who are trying to change the way others see them.

“Sometimes I feel like the work I’m doing is invisible,” says Tatyana Woodard, 31, a black transgender woman and community health engagement coordinator at the Mazzoni Center at 1348 Bainbridge Street, an organization devoted to the health of the LGBTQ community.

“I try to help trans people,” she says.

Besides being pigeonholed, black transgender people face more homelessness, discrimination in employment and higher rates of extreme poverty than non-transgender black people, according to the Human Rights Campaign (HRC), the largest LGBTQ advocacy group in the United States. Black transgender women also suffer the highest levels of fatal violence within the LGBTQ community, notes the Williams Institute, a think tank on gender identity and public policy at UCLA School of Law.

“Being a black trans woman, I can’t even explain how hard it is,” says Joniece Greer, 30, the community engagement specialist and facilitator of Mazzoni Center’s Sisterly L.O.V.E. (Leading Others Via Education) program for transgender women.

“There are layers [of difficulty]: racism, transphobia, shunning by your own community,” Greer says. “I’ve been called a faggot, spit on and hit.”

“Sometimes it feels like people’s self-hate gets projected onto you,” Greer adds.

Projection may help explain the violence by men against black transgender women.

“If I’m a man and I find myself attracted to a trans woman with male genitalia, what does that say about me?” says Portia Hunt, Ph.D., a Mount Airy therapist in private practice. “Fear about one’s own identity may underlie the violence.”

Greer, born in Ohio, knew by age 4 or 5 that she was different. “I liked playing with dolls, and I felt more comfortable being around my sisters,” she says. “I will never identify as a man.”

Greer dispels the idea that transgender people can decide to be otherwise.

“It’s not something you choose,” she says. “Most of us don’t want to be trans. You know your life is going to be hard.”

Hunt, too, counters the idea of choice.

“Some people don’t have a clue that your genitals may not reflect your internal sense of yourself,” she says. “The truth is, we all have masculine and feminine qualities.”

One transgender woman put it this way: “It’s like you’re born into the wrong body.”

At age 8 or 9, Woodard began wearing girls’ clothes privately in her bedroom.

“My mom would find them and throw them out,” she says. Life became harder when Woodard entered high school. She was terrified.

“I felt like there was no place for me,” she says. Then Woodard, whose father had died when she was 5, and her mother had a big argument about the clothes issue.

“I ended up dropping out of school and leaving home,” she says.

Greer, whose parents divorced when she was 10, was raised by her mother. At odds with her mother, she left home at 17.

“When trans kids leave home or get kicked out at age 13 or 14, they have no life skills, no training, no guidance,” Greer says. “It can lead to the drug scene or sex work.”

Families may feel embarrassed about the young transgender person, especially if family members feel shamed in a close-knit religious community, Hunt noted. Yet shunning a young trans person may come at a high cost.

“It may result [in] suicide,” Greer says.

When Greer left Ohio, she could count on very few people. “My best friends, Will and Lu, and my godmother were my strongest support system,” she says. In time, two of her sisters, a niece and Greer’s father grew close to her.

“Before my father passed away in March of 2016, he said he loved me and apologized for not being there when I needed him,” she says. “It meant a lot, especially coming from a black father. Most of us don’t get that.”

After Woodard left home, she still had the support of a younger brother, an older half-sister and a maternal aunt, she said, noting that she and Greer both work with trans youth and their siblings who want to be allies.

“My aunt—my mom’s older sister—told my mom, ‘If you’re having a hard time, think how Tatyana must feel,’ ” Woodard says.

Woodard’s mother began searching online and consulting different sources for understanding, Woodard recalled. It paid off. “Our relationship is 20 times better now,” she says. “My mom’s my biggest supporter.”

Both Woodard and Greer would like to go to school, Greer for social work and holistic healing, and Woodard to take on more leadership in her community.

Greer, the recipient of a 2015 pancreas-kidney transplant—“I had end-stage kidney disease by 2014”—must also attend to her health. “I can get lots of sympathy, even pity, when people know my health history, but that annoys me,” she says.

In the meantime, Woodard and Greer will work toward making Philadelphia more welcoming to black transgender women so that they can focus less on survival and more on developing their talents and contributing to the city.

“There need to be panels, discussions and community forums to educate people,” Greer says, affirming the conclusions of Andrew R. Flores, Ph.D., a visiting scholar at UCLA’s Williams Institute who found that more information and images of trans people reduce prejudice against them. However, more than a larger public presence is required.

“Trans people need a job corps, access to housing and culturally competent health care,” Greer says. “In other words, we want the same things as everyone else.”