News: The Price is Right 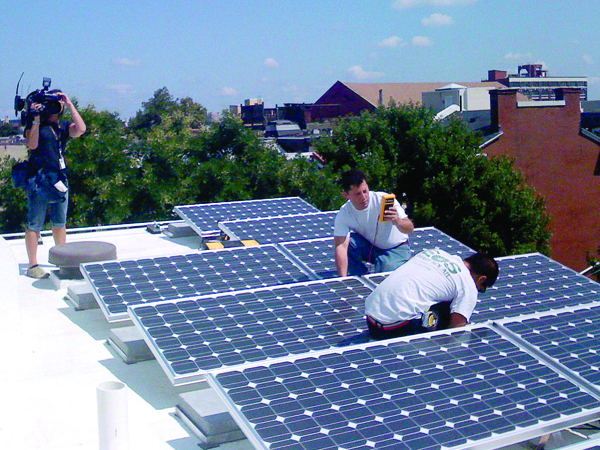 Many homeowners want solar energy, but far too few can afford the upfront costs. How can this be overcome? One solution is leasing. The most prominent example of a successful leasing company is California-based SolarCity, which was partially funded by Elon Musk, PayPal founder and CEO of Tesla Motors. Philadelphia now has its own solar leasing contender: Urban Eco Electric.

“Solar for the longest time has been a boutique thing for people that really are in love and can afford it,” says co-founder Christopher Johnston. “Now the economics have changed such that it’s a good deal financially.”

The big selling point is that Urban Eco Electric installs solar panels free of charge. They further offer homeowners a 50 percent savings off of their current bill for the first two years of a 20-year agreement. For the remaining 18 years, rates would be frozen at current electricity rates, which could prove quite significant when rate caps are removed at the end of 2010 and prices are expected to spike.

Johnston, a former derivatives trader, is very bullish about the Philly market. “In Philadelphia, we have gas heating and gas cooking, so our electricity usage is less and our air conditioning demands are less. We’re using less and with our shared walls in our rowhomes, we’re aiming to replace a person’s complete usage.”

Wind and solar power are still dependent on fossil fuels

Beer: Drink in the Season