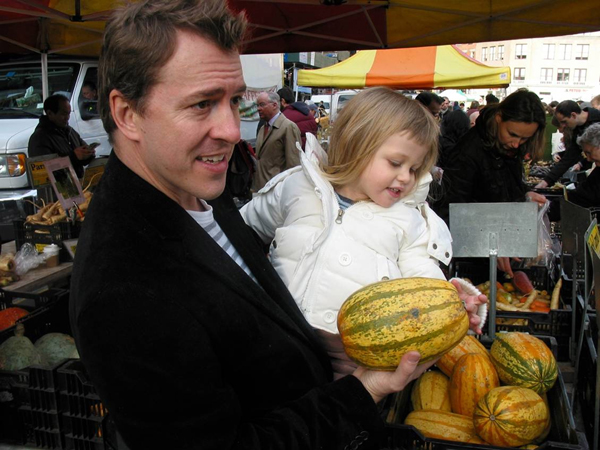 No Impact Man: The Adventures of a Guilty Liberal Who Attempts to Save the Planet, and the Discoveries He Makes About Himself and Our Way of Life in the Process﻿
by Colin Bevan
Farrar, Straus and Giroux; $25

Over the past decade, several eco-superheroes have emerged: Al Gore, Leonardo DiCaprio, Robert Redford, and Michael Pollan, among others. In late 2006, Colin Beavan took it to a new level; instead of explaining again our environmental crises, he created a persona known as No Impact Man who would strive for a simplicity few people (in the U.S., anyway) imagine. Instead of buying Energy Star appliances or using CFL light bulbs, his family (his wife, Michelle, and their 1½-year-old daughter Isabella) would, eventually, forego electricity entirely. This idea quickly evolved into a movement—first documented in blog form, then book and documentary, and has spawned a nonprofit.

The hypothesis of the experiment was that, while living a no-net environmental impact lifestyle for a year in their Greenwich Village apartment, they would increase their quality of life. Beavan thoughtfully developed stages to mark his family’s progression—trash, food and consumption reduction.

Change for anyone can seem overwhelming, but through No Impact Man (and family) we witness how it can lead to exhilarating moments of self-discovery. One such moment is Beavan’s effort to replace Michelle’s multiple-cup-a-day coffee habit with homegrown and brewed mint tea.

By publicizing his efforts (and with a little help from a New York Times feature), he became the focus of a lot of attention. “But as I go from quietly figuring out how to live an ecological life to being caught up in a small media whirlwind, here’s what keeps me sane: making my own bread.”

Throughout the book, Beavan reaches out to resources in the community for guidance and couples his ideas on personal reductionism with bigger picture statistics that will turn you into a believer. No Impact Man ultimately isn’t about deprivation, rather, it shows us the direct link between consuming less and finding happiness.