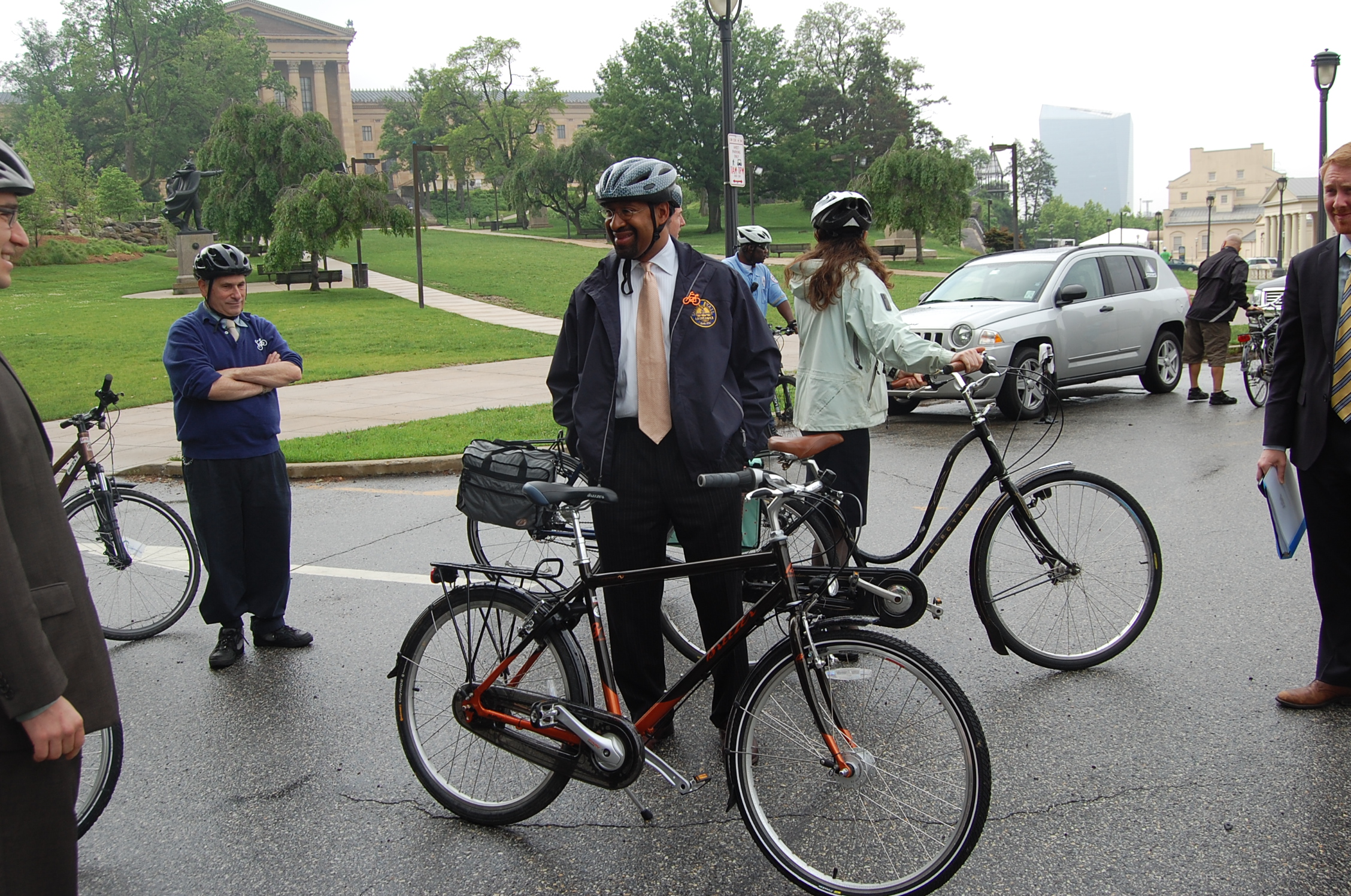 The ride will begin at 8:30 a.m. in front of Lloyd Hall and will end 20 minutes later at Love Park. Participants are welcome to start gathering along the Parkway as early as 7:30 a.m. and Mayor Nutter will join at 8:15 a.m. with Alex Doty, executive director at the Bicycle Coalition of Greater Philadelphia, Deputy Mayor Michael DiBerardinis, Councilwoman Maria D. Quiñones-Sánchez, Councilman Mark Squilla and Deputy Mayor Rina Cutler.

While a morning bike ride with the Mayor is fun, commuting by bike shouldn’t be a one-day-deal. May is National Bike Month, so use the chance to try a two-wheeled commute more than once this month. You’ll save money, improve your health and join the growing number of Philadelphians already using this sustainable transportation. Philadelphia has the highest rate of bicycle commuting, per capita, of any large American city.

To learn more the city’s growing biking community, check out Grid’s upcoming Bikes Issue on stands in early June. In the meantime, join the Mayor in his ride down the Parkway and enjoy an emissions-free, healthy morning commute to work.