Candy Dandies: The Berley brothers enjoy the courage of their confections 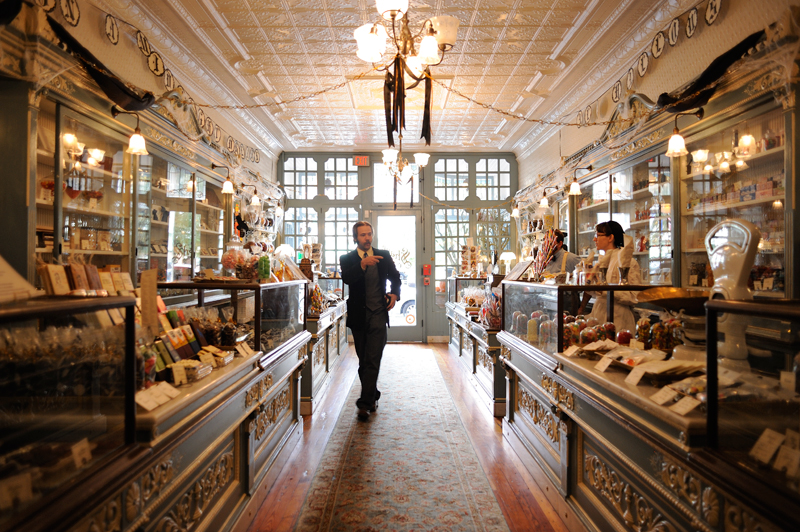 “As we’ve lived the life of the small business at Franklin Fountain, it’s become part of our lifestyle,” says Eric, who sports a generous handlebar mustache and impressive sideburns. “And similarly, we’ve tried to get deeper and richer into the meaning behind [Shane Confectionary], the history that went before us, and really embody the past.” 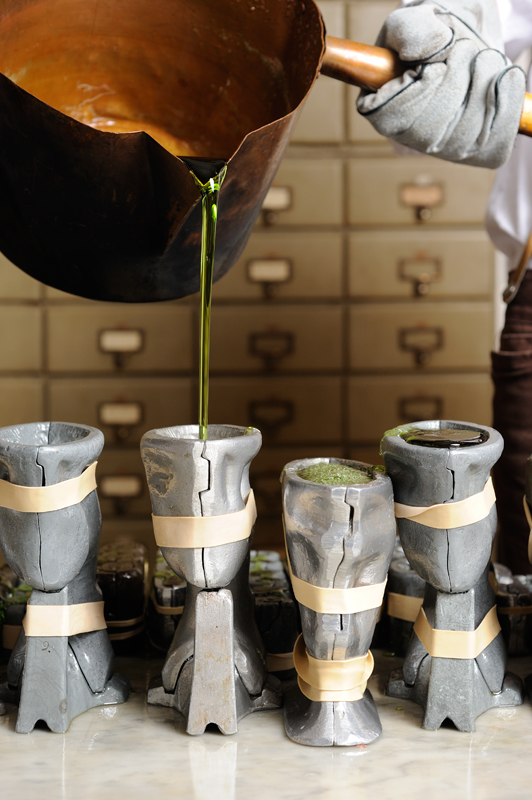 The 100-year-old, Philadelphia-made clear toy candy molds.For nearly a century, the Shane family operated the Market Street candy store. It’s hard to believe, but the store was a Philadelphia fixture even before the Shanes bought it, having first opened its doors midway through the Civil War in 1863. With such a storied past, it’s no surprise that the history-loving Berley brothers took an interest in the store. They became friendly with the owner, Barry Shane, and shared with him their plans to open Franklin Fountain down the street. In 2010, as Barry considered retirement, and there was no heir to take over the business, he approached the Berley brothers. By this time, the Franklin Fountain had established itself, and the brothers welcomed the opportunity to buy the candy store. Eric and Ryan spent more than a year restoring the shop to a version of its former glory. Linoleum flooring was ripped up to show off the original pine floorboards, the curved glass display windows were reinstalled, and the shop was repainted in the same color scheme as Independence Hall.

The confections are no less authentic. Eric and Ryan worked with Barry to maintain the original recipes and handcrafted traditions, and talked with industry experts to ensure their candies were just like those produced 100 years ago. However, they did make two changes: The name “Shane Candies” became “Shane Confectionary” to reflect that, in addition to candy, the store would now produce baked goods, ice creams and toppings; and the brothers switched their chocolate provider. 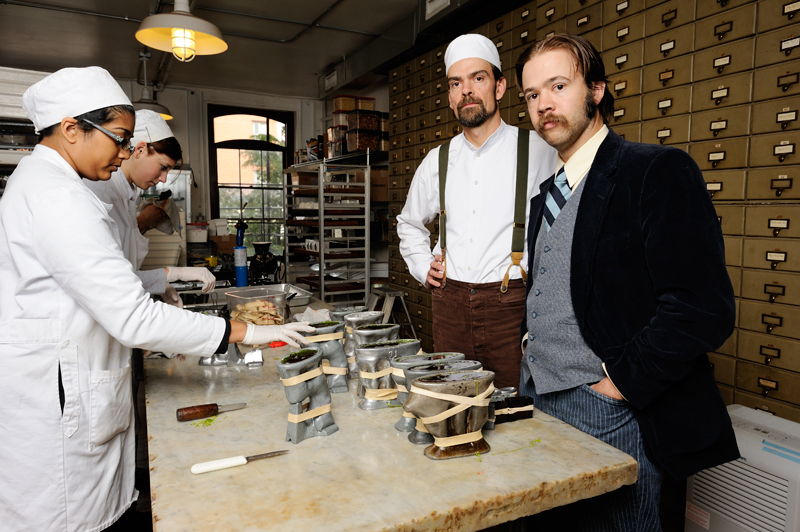 Ryan and Eric Berley prepare to make traditional clear toy candy.“When you’re a chocolatier,” explains Ryan, “you buy chocolate, melt it down and then, make bonbons out of it.” Shane had sourced chocolate from Massachusetts, but Eric and Ryan switched to Wilburs Chocolate—which already provides chocolate for Franklin Fountain. Originally based in Old City, Wilburs has since moved their production to Lititiz, Pa. where they process raw cacao into bar chocolate.

In the tradition of their predecessors, the brothers are dedicated to sourcing from as many local purveyors as possible. They work with Glenn Brendle of Green Meadow Farm, who provides both stores with products from his farm and others in the region. Local ingredients include bacon for chocolate-covered bacon and fruits for jam-filled chocolates, as well as butter, eggs and cream, which Eric explains are “crucial for making our buttercreams taste fresh, unadulterated and local.” This spring, the brothers also installed two beehives on their rooftop with help from Don Schump, founder of Philadelphia Bee Co. They’re expecting their first honey harvest in Spring 2013.

Shane’s sustainability efforts don’t stop there. Candies are wrapped in real cellophane, which is made from wood cellulose, instead of the commonly used synthetic alternative that doesn’t break down in the landfill. Compost is collected by Philly Compost, and ingredient pick-ups are made with a biodiesel truck. 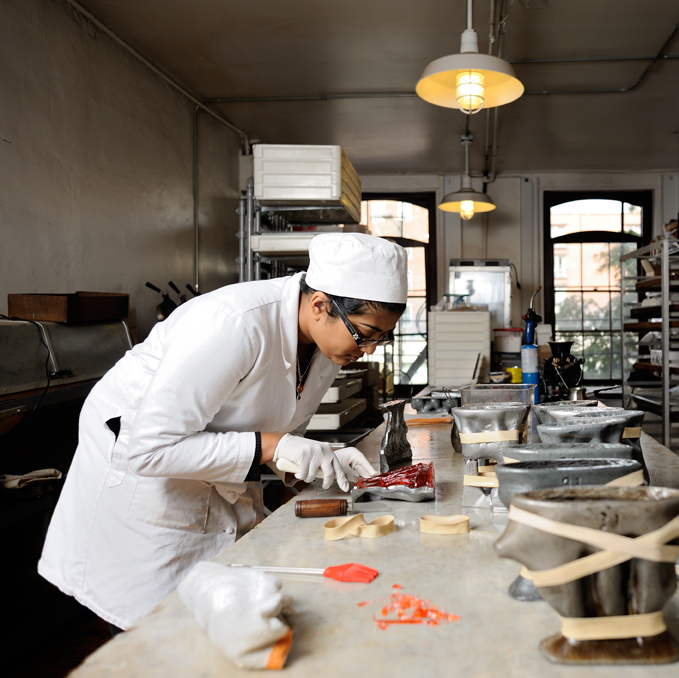 Davina Soondrum, head confectioner, fre y from its mold.Despite these more modern changes, Shane is still a bastion of traditional candy making. In December, the store will be decorated in colored tinsel and feather trees, the cases filled with seasonal buttercreams, candy canes and the special clear toy candy. These brightly-colored hard candies are poured by hand into 100-year-old, Philadelphia-made molds the Berleys bought in 2006 from the estate of a deceased confectioner. A traditional German confection, the candy has become a favorite, earning Shane wholesale contracts with stores such as Urban Outfitters.

While the holidays are busy, the brothers look forward to the season. “As you live here, you realize [Philadelphia] is a big family,” says Eric. “[This] is a small town, even though it’s a big city. People love to feel connected to a business that is really meant for the social good of all.”

Storybook Ending: A couple’s romance with the past yields timeless pieces