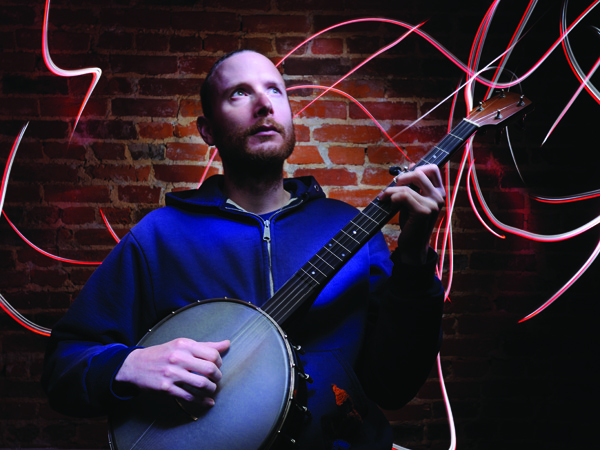 They say use what you got. For Philadelphia’s Joshua Marcus, that happens to be a banjo and a connection to the socially-conscious folk music of another era. Armed with those tools, he has completed This Land, a collection of seven songs and oral histories recounting the specific stories of local environmental justice movements.

“The project grew out of my love for music,” says Marcus. “I’ve been playing banjo and singing songs for over 10 years. I got a job at [the] University of Pennsylvania because I couldn’t ever make enough money being a musician. I got to go to school for free and take courses in environmental studies.” Over the course of four years, Marcus earned a master’s degree and developed a deep interest in the people and places affected by environmental disasters in the United States. “There’s been a lot of hype around environmentalism, but not really environmental justice,” he explains. “It seems more nature-based than people-based.”

So, he went to the people. He worked directly with seven different community activist organizations (mostly on the East Coast), writing historically accurate narrative folk songs about their experiences. The stories deal with everything from toxic runoff to tainted water to the horrific violence of mountaintop removal mining. But mostly they are about the citizens of these affected places—who are as far from the cultural caricature of “environmentalist” as they come—and their struggles against anonymity and corporate interests.

Selecting the groups was an involved process. Not only did Marcus need to be able to travel to the sites on a limited budget, but he wanted to create partnerships with organizations that were excited about the project. “It’s a collaborative effort,” he says. “I would write the music and work on drafts of the lyrics, but have the individuals and the groups I was working with edit them, or suggest content. So, in the end, we come up with lyrics that we’re both happy with. I do represent them.”

A longtime fan of vintage social justice folk singers like Pete Seeger and Woody Guthrie, Marcus has a deep appreciation for those old songs, but felt they weren’t really his stories to tell. “I have a tendency—and I think most of us do—to romanticize older things that we haven’t had to live through,” he explains. “So, I would play these folk songs, and sing about the Dust Bowl, but I would never play them out because I’m not really sure about the time and place they were written—outside of reading books and imagining.”

So, he went and did his own (exhaustive) research. He found causes that embody contemporary environmental justice issues, and joined that storied folk tradition, instead of simply aping it.
Sparsely arranged, with Marcus’ banjo at the forefront, the songs themselves are detailed and devastating—especially when paired with the oral histories he has collected from his community partners. “It’s still clear in the songs that I am an outsider,” he says. “I’m just kind of doing reporting, or grassroots storytelling.”

All of the proceeds from concerts and album sales will go directly to the organizations. And, since this project is all about raising awareness, the entire album is available to stream at thislandourland.org.

Grid Alive: The April issue comes to the stage this Thursday

Sustainability 101: What is Geothermal Energy?